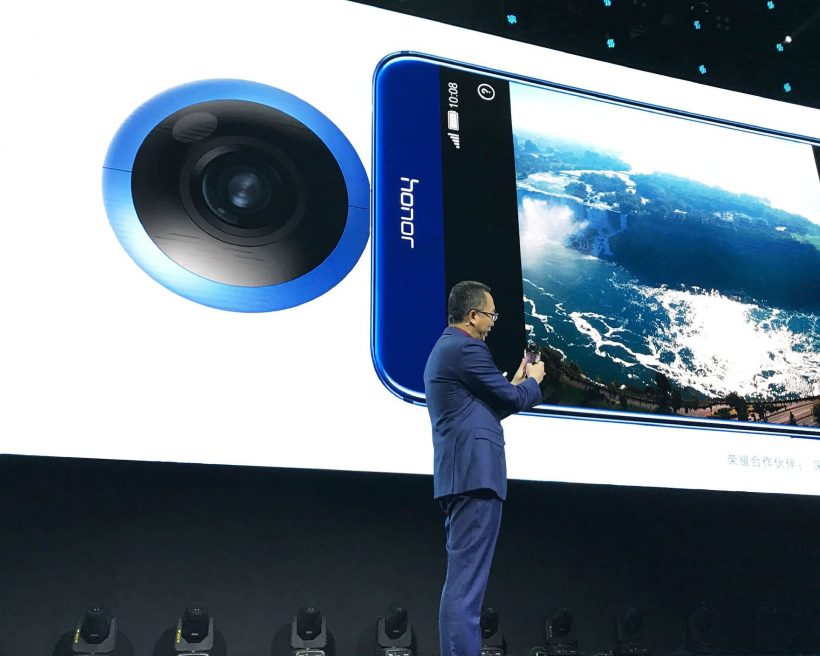 Huawei has entered the 360-degree camera marketplace, with its first clip-on 360-degree camera for smartphones. Called Honor VR Camera, branded under the company’s sub-brand Honor, the smartphone camera is a product of collaboration between Huawei and Insta360; after all Leica isn’t the only company Huawei co-engineers its camera technology with.

Huawei’s Honor VR Camera is capable of 3K photography and seamless live streaming alongside the ability to capture, share and livestream 360-content from within the companion app developed by Insta360.

“We’re thrilled to partner with Huawei to grow the global community of 360-degree and VR creators,” said JK Liu, founder and CEO of Insta360. “Like us, Huawei is committed to reinventing photography, and they believe in our products as the best way to introduce users to the future of the camera.”

Huawei is remaining silent on the availability and pricing of the device, but looking at Insta360’s portfolio, which already has a flurry of 360-degree devices, we can at least expect the Honor VR Camera to range roughly $200 or above. The company says the device will be available worldwide soon.