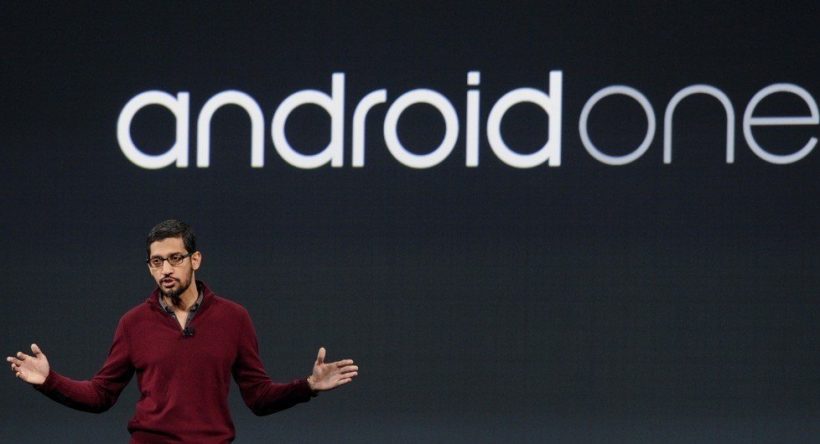 Google already dominates the smartphone market with android, but they seem to make the gap wider by launching the series of SmartPhones by the tag: Android One!

Android One is a new initiative by the Search Engine giant, which’ll help them to reach as much people as possible from the developing Countries like India, Indonesia, Philippines and so on. Initially Google has tied up with three Indian SmartPhone Manufactures- Micromax, Karbonn and Spice to launch it’s first line up of Android One.

Basically Android One helps Manufacturers to build SmartPhones under $100 with decent specs and Up to Date Android version. With the Help of Android One project, Google will be able to push new android updates as soon as the Nexus devices will get them, and it’ll offer seamless Stock Android experience on all Android One running Devices!

This Morning three Android One devices- Spice Android One Dream UNO Mi-498, the Micromax Canvas A1 and the Karbonn Sparkle V, were launched in India. All three share lots of common specs including a 4.5-inch FWVGA display with a 854×480-pixel resolution, 1.3 GHz MediaTek Processor, 1 GB RAM, 4 GB onboard memory, Dual sim capability. There’s also a 5 MP Camera at back and a 1700 mAh battery to Juice up the devices.

It seems a great initiative by Google to guide manufacturers to build better quality cheap SmartPhones for the Masses of developing nations, and it’ll overall help for the betterment of the Human Race as most of the people on Earth will be able to experience the world of Internet, as many People still haven’t heard of the word Internet! With this much to offer at a price tag below $100, Android One powered devices are surely some of the best phones you can get for such a low price, and again we salute you Google for starting this initiative to get more and more people online, and to give better options at such a low price! #Peace