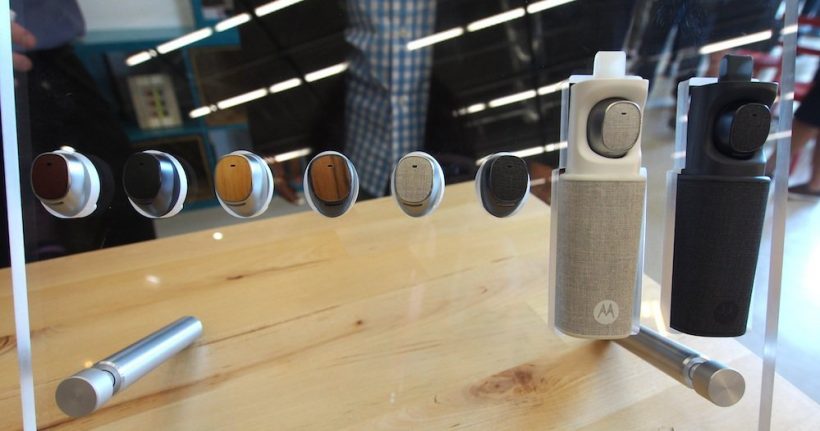 Linear to second-generation of Moto smartphones and the classy Moto 360 at IFA 2014 in Berlin, Motorola also announced a very handy accessory for the Android-based Smartphones, Moto Hint.

Moto Hint is actually a Bluetooth headset which allows you to interact with your smartphone through Voice Commands. This buttonless ear piece is especially optimized for the new Moto X but also supports other phones running Android 4.3 and plus.

This button less accessory allows you to perform various day-to-day tasks such as sending a text message, making a phone call, and even using Google Now. To activate this minimal earbud, simply say the phrase: ‘Listen Up Moto Hint’, and you’re good to go with it. Or, you can even use its touch capacitive design to turn it on.

And as I mentioned above, Moto Hint is especially designed for the new Moto X, the Hint compliments some third-party applications very well on it. And, comes in black and silver frames along with a variety of textile and wood coatings on it. The Moto Hint is pinned to hit the U.S. market later this fall just for $149.