The new galaxy note comes with a numerous upgrades including some chains of the Galaxy S5 such as fingerprint security and Quad HD Super AMOLED display. On the other hand, the Note 4 is also resistant to water and dust. However, the device still sports 5.7-inch screen same as its antecedent.

Galaxy Note 4 is integrated with 16MP of rear-facing camera sporting a highly functional 8X digital zoom along with some improved light sensors. On the front side, the selfie tunnel comes with a wide-angle view which details from 90 to 120 degrees of panoramic selfie.

The Note 4 comes in four color variants including Frosted White, Charcoal Black, Bronze Gold and Blossom Pink. And, also introduces an improved version of the S-Pen with some really cool features. This flagship of Samsung flies on Google’s latest Android 4.4.4 KitKat. Linear to that, Note 4 comes with a rapid-charging mode which boosts the phone’s battery from 0% to 50% just in 30 minutes.

Galaxy Note 4 is set to launch on four major U.S. carriers which tags AT&T, Verizon, Sprint and T-Mobile. And, varies from country to country for price tag and availability.

Right after the Note 4, Samsung linearly unveiled Galaxy Note Edge, the first smartphone of its kind which features the super cool bent display. With a 5.6-inch AMOLED display sporting 2560×1600 pixels, the phone screen is bent on the right side of this toy. This bent is specially integrated for some curated add-ups such as notifications, clock, stock ticker and few others. 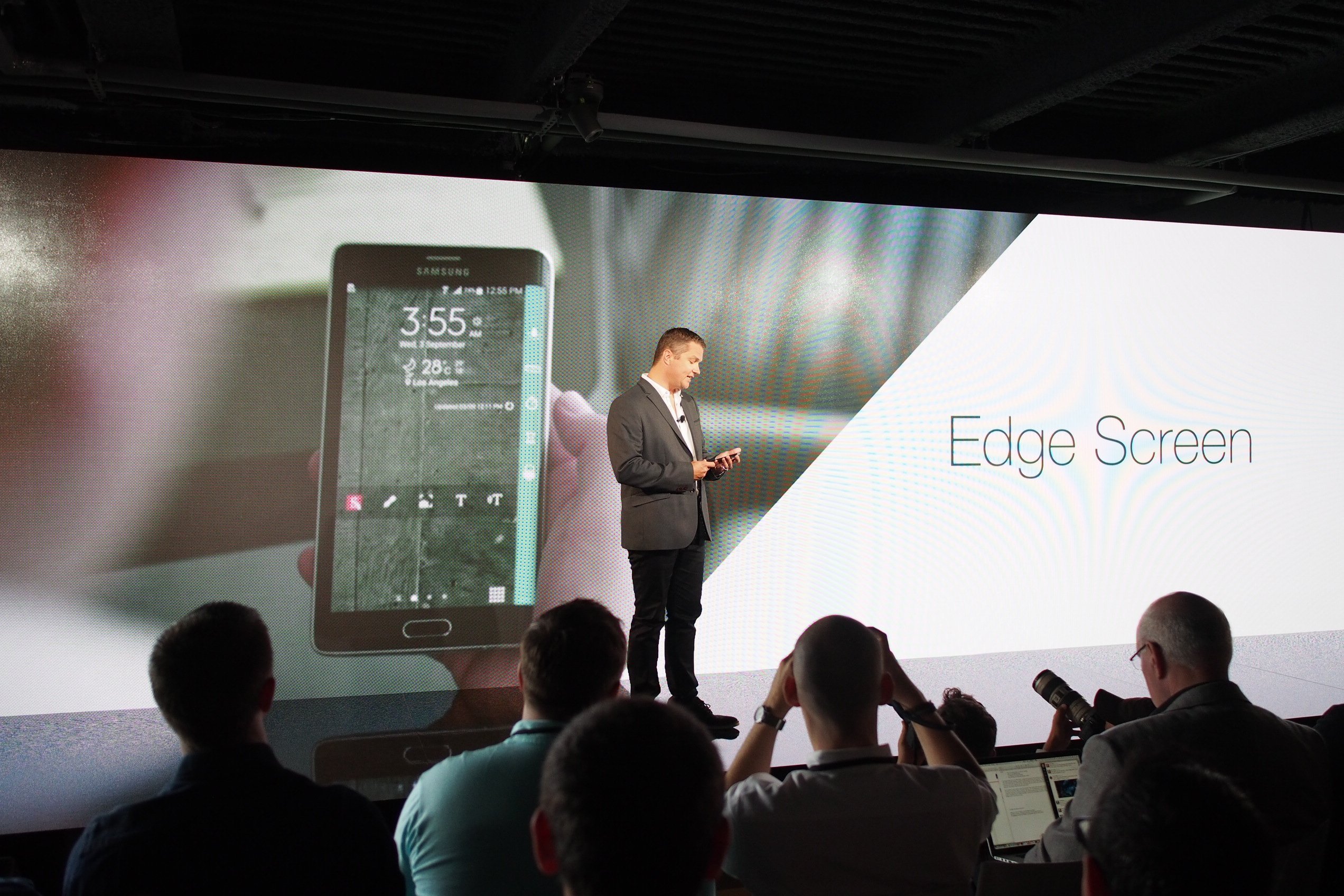 The Note Edge features a 2.7 GHz Quad-Core Snapdragon 805 processor along with a 3GB RAM accompanied by a 32GB storage stack. This bent phone also supports SD card slot which is definitely not bent. And, the same 16MP camera as the Note 4. Well, these were all Unpacked at the Samsung’s not-packed event at IFA 2014, Berlin under the Smartphone label.