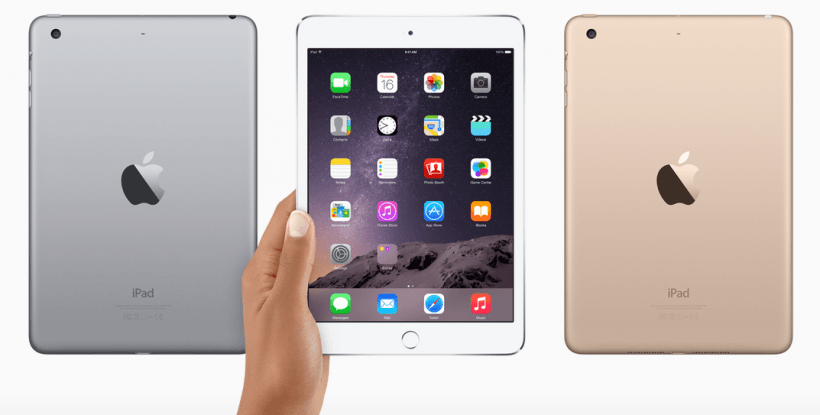 As we all know that new iPads are launched in October every year and this year too without any exception, Apple announced the next generation of their fastest selling product, Yes, the iPad, earlier this morning. iPad Air 2 and iPad Mini 3 have been launched this morning, and believe me, there’s much more than just a fingerprint scanner. 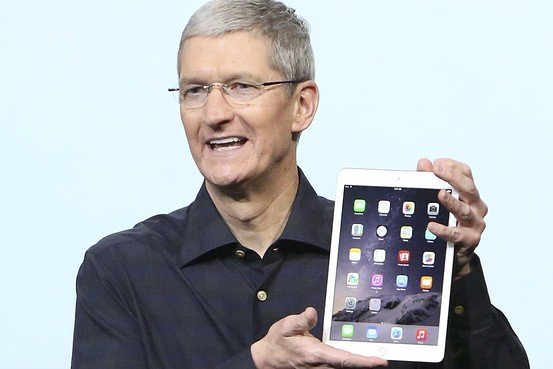 After revealing Apple Watch and its fitness features, Apple became very diet conscious and put iPad Air on diet! I ain’t kidding guys! The iPad air is just 6.1 mm thin, meaning 17% thinner than the previous model (Tough I’m pretty excited to see how it handles a bend test.) The iPad Air 2 and the Mini 3 comes with a faster Chip, 64 bit processor (A8X) consisting of 3 billion transistors.

The Chip is said to be 40% faster in terms of CPU performance and about 2.5 times faster in Graphics performance. It’s also occupied with the M8 Motion Co-Processor to track fitness data. With Metal architecture for Gaming and High Graphic apps, there seems a lot of great stuff coming very soon for the iPad! As mentioned before the new iPads comes with Touch ID, and will support Apple Pay for online payments. (Thank God, Apple didn’t make us tap an iPad at Starbucks to pay!)

iPad Mini 3 will cost you around $399 and the iPad Air 2 somewhere around $499, and the pre-order starts on October 17. So the question arises; is it worth it? Well I have a very straightforward answer here, DEFINITELY YES! It’s the best Tablet Computer out there, Period. Don’t think twice, just pre-order it.

AnnouncementAppleiPadiPad Air 2iPad mini 3
Up Next