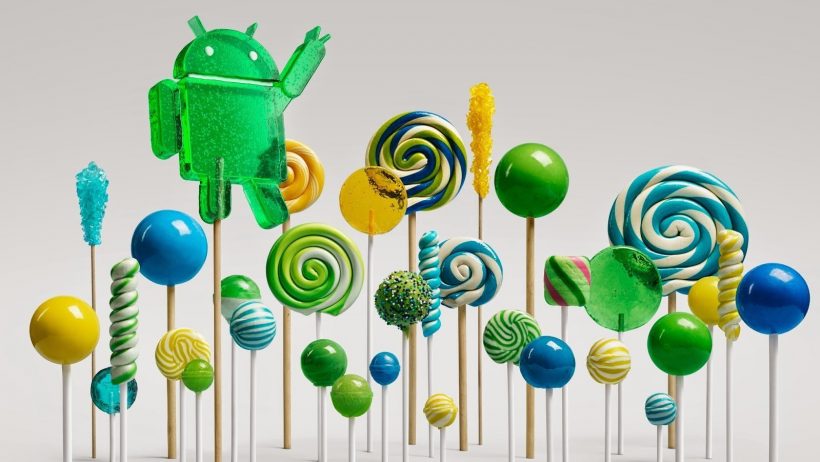 Google pulled the curtain off the platform few hours earlier, announcing the next breed of Android Operating System, Android 5.0 Lollipop. Android 5.0 was announced at this year’s I/O Conference back in June where Google teased us with the new Android OS, calling it Android L. And now, It’s officially announced – Android Lollipop, the fifth major update to world’s most popular OS.

Android Lollipop is set in a whole new UI, Material Design, which takes the OS even more further in terms of Flat design and fine typography, and the UI elements have gone more responsive and realistic. The Lollipop update has significantly geared some of the great features including Notification, Battery, Security, Device Sharing, Performance and many more.

Breaking down the Battery bundle, The Lollipop OS offers you some handy features to enhance your device’s energy level. A new battery saver feature has been integrated into the OS which increases the device battery life by up to 90 minutes and also indicates the number of minutes required to fully gear up your android phone or tablet (phablet as well) while the device in plugged in.

Another major improvement goes for the Notification cycle, Android 5.0 Lollipop just clears the clutter from the Notification end, allowing you to get interrupted when you want to. Now you can simply view and reply back to messages directly from your locked lock screen. Plus, the OS now gives you the power to hide sensitive content for such notifications. You can easily view all your pinged notifications at a glance by a simple tap on the screen.

The Lollipop makeover gives the Android platform to turn on multiple profiles, which is really a great option to maintain full privacy on your open device. Alongside that, Google has injected a new Kill Switch gig into the Lollipop OS that can make the operating device totally worthless if It’s stolen or lost somewhere. Moreover, Android Lollipop comes with data encryption turned on by default which is much more secure and safer. Plus, the flavor of SELinux enforcement ensures that you’re not harmed  by any system vulnerabilities and malware.

Google Android 5.0 Lollipop is scheduled to land on Google Play devices including Nexus 4, 5, 7 and 10 along with some Motorola members, the Moto X, Moto G, Moto E, Droid Ultra, Droid Maxx, and of-course the Droid Mini in coming few weeks Over-The-Air.

Well, above mentioned are just few sample features of Android 5.0 Lollipop but you don’t worry, we’ll publish the full and official changelog of the Lollipop update anytime soon. Till then, Stay Tuned.

Update: Take a look below on the official change-log of Android 5.0 Lollipop.

AndroidAndroid 5Android LollipopGoogleUpdate
Up Next