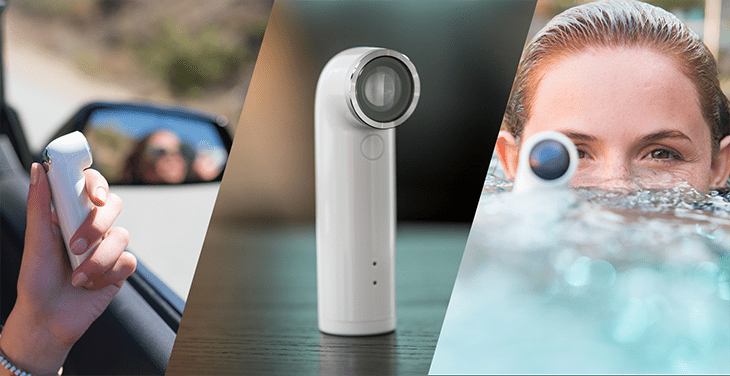 Alongside the Desire Eye, HTC also announced a GoPro competitor, the RE Camera. The RE camera is a uniquely designed portable device that shoots 1080p HD videos and can also record HD slow-motion videos, as it sports 16MP CMOS sensor. In terms of design, HTC RE camera is the first of its kind.

HTC RE camera comforts your hand with its unique and waterproof (IPX7) design, and instantly gets activated when the camera is gripped, thanks to its built-in grip sensor. A light tap on the camera’s shutter button snaps a photograph, and a long press activates the video recording. 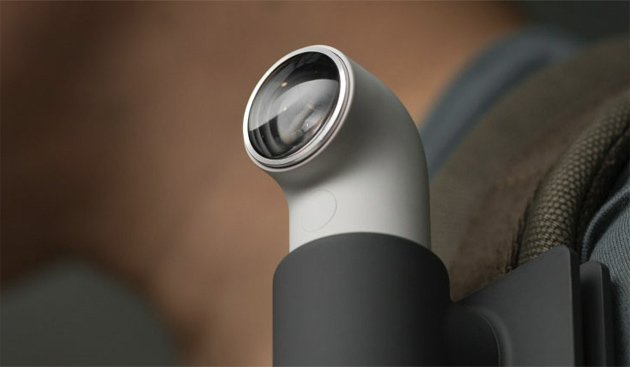 Packed with 146 degree ultra-wide angle lens (f2.8), RE automatically syncs your photos and videos with its mobile app installed on your phone, both iOS and Android. The HTC RE comes in four color variations (white, teal, orange, and navy blue), and will hit the U.S. market next month just for $199.