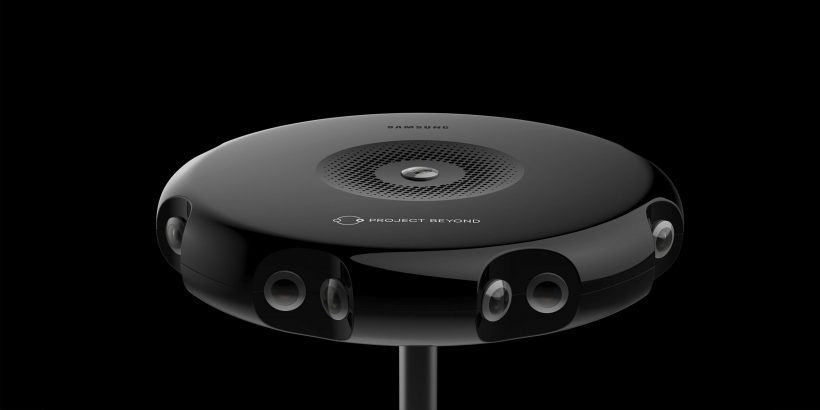 Samsung at its Developer Conference 2014 announced a new camera that captures 3D images and videos. Dubbed as ‘Project Beyond,’ Samsung’s 360-degree camera is designed to compliment the company’s Gear VR headset, streaming videos directly to the wearable.

Project Beyond captures 3D images and videos at one-gigapixel (you read it right, not megapixel) per second, which is insanely awesome, all thanks to stereoscopic interleaved capture and 3D-aware stitching technology. The world’s first true 3D 360-degree camera will be a stationary aperture in various places around the world (just like Google’s street view cameras) to provide a pool of content for Gear VR, anytime and anywhere.