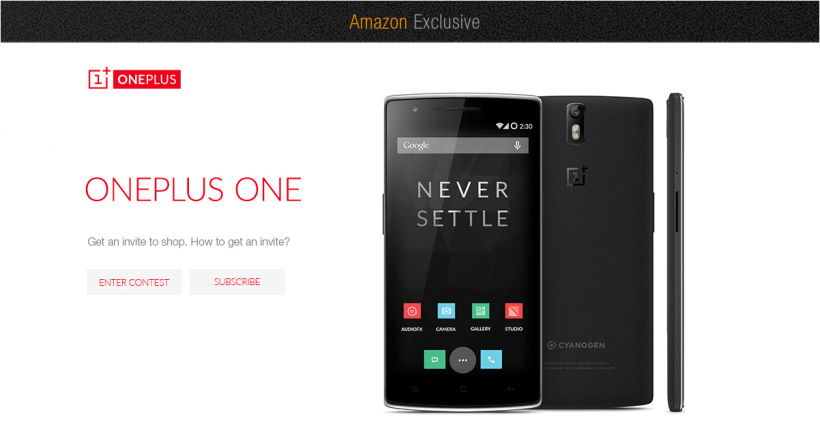 The “flagship killer” OnePlus One has finally made its way to India, the CyanogenMod-powered popular smartphone will hit the Indian market through Amazon on December 2nd. Neither OnePlus nor Amazon has revealed anything on One’s pricing in India, but we can expect it to start at IRs. 24,990 (approx. $405) for the Sandstone 64GB variant as it’s the only model that indian consumers will see at launch.

Initially, OnePlus and Amazon will be seeding 1,000 handsets (16GB model) in India and the purchase system is still the same as the international one, meaning ’INVITE-ONLY.’ The invitations received from Amazon India are country-specific, which means the invitations won’t be valid in territories outside India. Indian users will have to redeem their OnePlus One invitation right within 48 hours of allocation before it expires. Additionally, the users will get spare invites too! Indian users can request for OnePlus One invite from Amazo India.

Below, we have framed a promotional video of OnePlus One, teasing its launch in India. The video features Amazon India’s country manager, Amit Agarwal, and OnePlus’s CEO Pete Lau, take a look.