In October 2013, when we saw that phone, which was curved from top to bottom and had a 6 inch screen, we really found it to be unconventional. Yes, I’m talking about the LG G-flex, and today LG just revealed the second generation of the self healing phone which once got us all shocked seeing its durability!

Usually with newer generations, phones tend to get bigger. But this is not the usual case! LG G-Flex 2 actually lost half an inch and is a 5.5 incher now. Not only that, LG also finally made it a 1080p full HD panel, with a pixel density of 403 ppi.

Till now it may seem a normal 5.5 inch Full HD smartphone to you, don’t you think? But once we get inside, the story changes dramatically! This curvy flexible sexy piece of plastic is powered by a Qualcomm Snapdragon 810 octa core 64 bit chipset, clocked at 2 GHz paired up with 2 Gigs of RAM. (Although we don’t think 2 GB RAM will do quite justice with this bevy of a chip.) The phone is juiced up with a 3000 mAh Battery, which is non user accessible. LG claims that the battery will be charged faster, and 50% charge can be done within 40 mins. 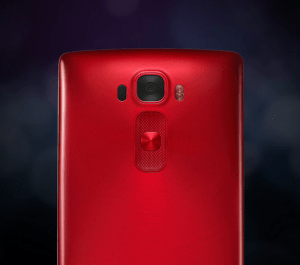 The LG G-Flex 2 comes with a 2.1 MP front facing camera, and it’s optimized for Selfie Sticks, a software feature shows you the preview of the image you took when the phone is put down, and fires up the camera again when put up to take a selfie! (Clever One LG!) Like the last generation suffered from a below average primary shooter, we don’t think the G-Flex 2 will suffer from the same. As LG packed in a 13 MP primary shooter, and like the G3, it comes with a laser-guided auto focus, dual tone flash and the most important Optical Image Stabilization, which will definitely turn up a Big Smile on all the shutterbugs and instagram addicts out there!

After seeing the LG G-Flex 2 I’d rather call it unique and productive rather than unconventional. With the sexy looks, the self healing back, and a smaller size, this device has definitely made its way into my geek heart!

“It’ll cost more than any flagship, and is not the phone for an average Joe. But if you’re someone who appreciates technology and art, it’s hard to resist the flexible queen of all smartphones, Period.”