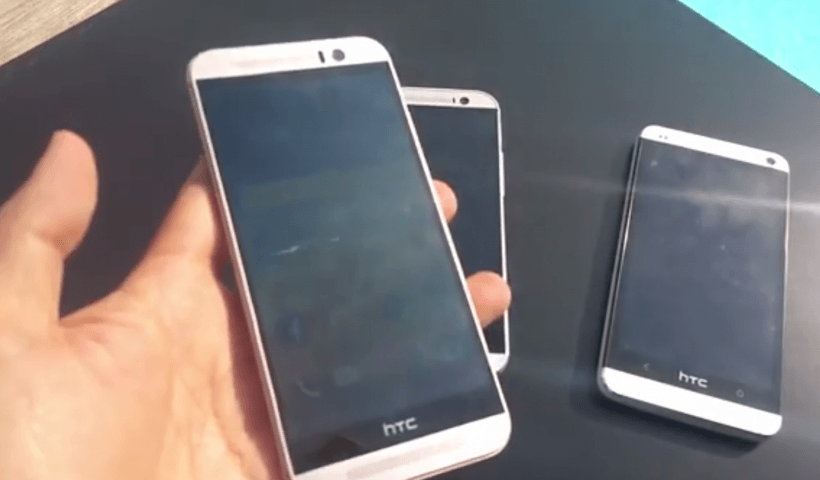 HTC will officially unveil its next flagship phone – the One M9 – at Mobile World Congress in Barcelona tomorrow, but today, a hands-on video leak has surfaced the internet. HTC One M9 has been leaked today in a very genuine video and that’s just a day before MWC 2015 starts. Most notably, this video leak ticks all the past leaks to be true.

In the leak video, the host unites the HTC One family, including the One M7, M8 and the unannounced M9. The HTC One M9 features the same metallic unibody design as its predecessor, alongside some morphological and optical changes, briefs the hands-on video. The video doesn’t hint at internal specs, which is quite good because we’re just few hours away from the formal unveiling of the HTC One M9 smartphone. Let the feeling of ‘fingers crossed’ phrase begin!

The video seems to be out of the box from an embargoed event, where tech firms usually showcase the upcoming products to the media before publicizing it. It’s definitely not a good news for HTC, as the company’s highly confidential affair has surfaced the web in such a clear way. Believe me, you can’t tag it as a teaser!