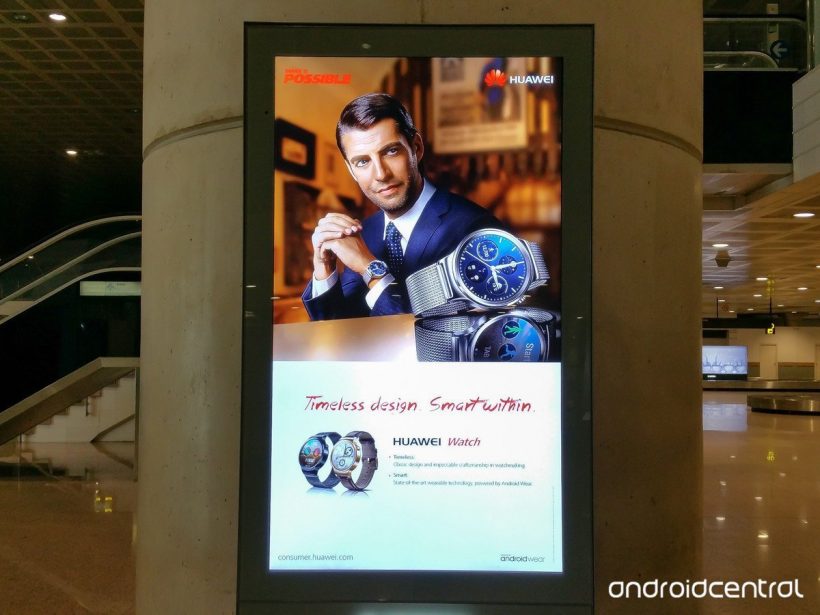 Mobile World Congress 2015 is around the corner, and in the meantime something strange has happened. Huwaei has revealed an unannounced product in Barcelona, Spain, where  MWC starts next week.

As per the billboard, the Huawei Watch will feature a single button configuration and circular display, alongside three different styles – silver with a silver mesh band, gold with a brown leather band, and black with a black sports band. It’s actually surprising to see a product revealed to the public before any official act, especially at a place where thousands of journalists will be walking through for MWC.

Huawei has a MWC press event scheduled for March 1 and it looks like the company will officially announce the Huawei Watch during the event next week in Barcelona.

Don’t you worry, VertexReport will be covering all the major happenings of MWC 2015 right here.