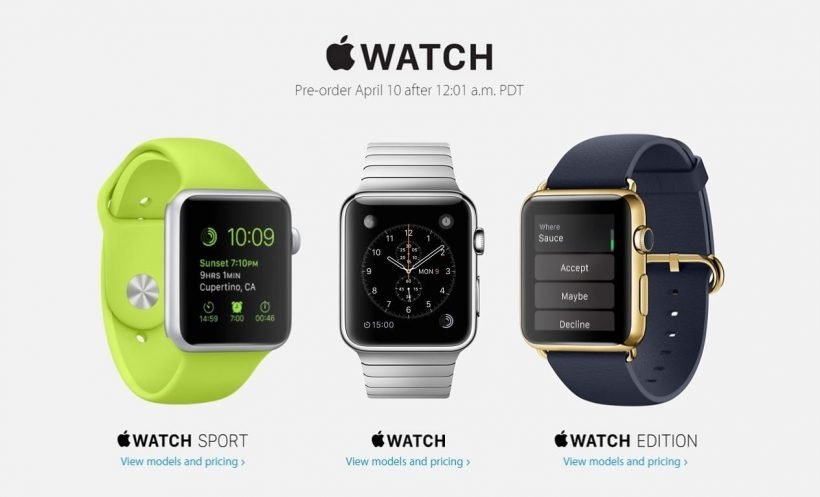 Back in March, Apple announced that the Apple Watch will be available to pre-order on April 10, and now the company has officially revealed the actual time for it.

The Apple Watch pre-orders start at 12:01AM PDT on April 10. And the shipping starts on April 24 in select countries including Australia, Canada, China, France, Germany, Hong Kong, Japan, the UK and the US. Customers can also walk-in their local Apple stores to try out the Apple Watch on April 10 and pre-order one right away.

As announced previously, pricing starts at $349, $549 and $10,000 for the Apple Watch Sports, Regular and Gold Edition, respectively.

AppleApple Watch
Up Next