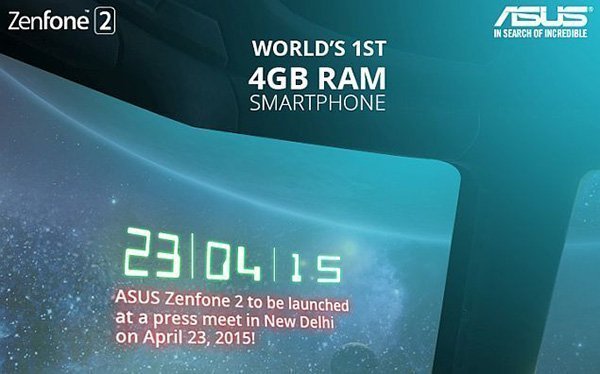 Asus has sent out invites to the media for the India launch of the ZenFone 2. During the press meet on April 23 in New Delhi, India, the company is likely to showcase all three variants of the ZenFone 2.

The invite reads “World’s First 4GB SmartPhone,” linear to the event schedule. If you’ve been under the rock for a while, then head over to our coverage of the world’s first smartphone that houses a 4GB of RAM – Asus ZenFone 2.

Till then, Stay tuned!