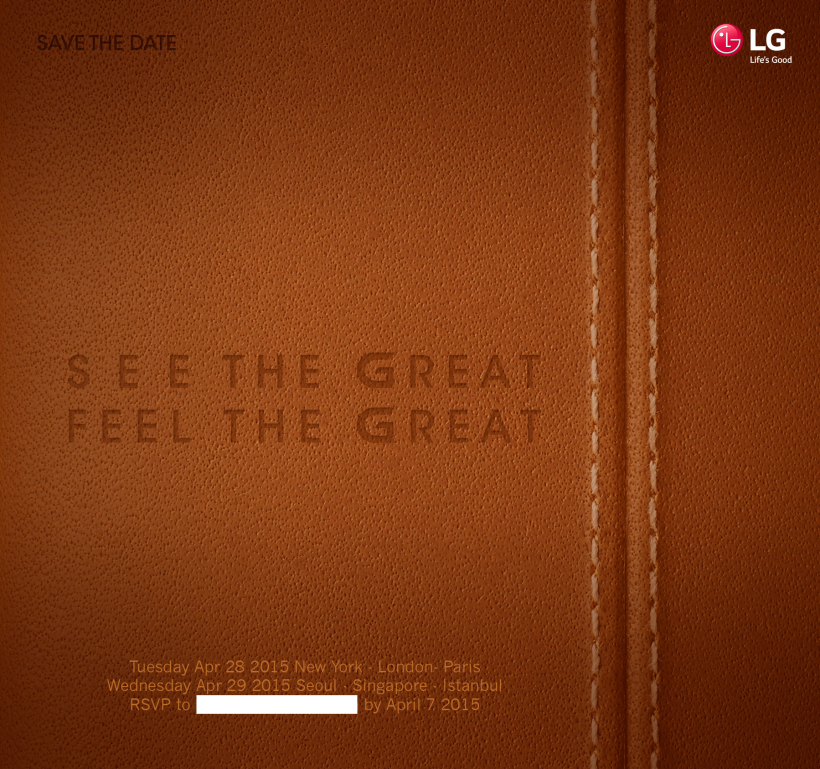 LG has sent out invites to the media for a series of simultaneous events happening on April 28 in New York, London, Paris, and on April 29 in Seoul, Singapore, and Istanbul. The company is likely to announce its next flagship smartphone – probably the LG G4 – at these events, making it a global launch.

“See the Great. Feel the Great,” reads the event invitation, following a “Save the Date” note, on a leathery background. Look at the G letter of the invitation tagline!

Subscribe to VertexReport for the instant coverage of the event on April 28.

HTC Schedules ‘More Than One’ China Event For April 8