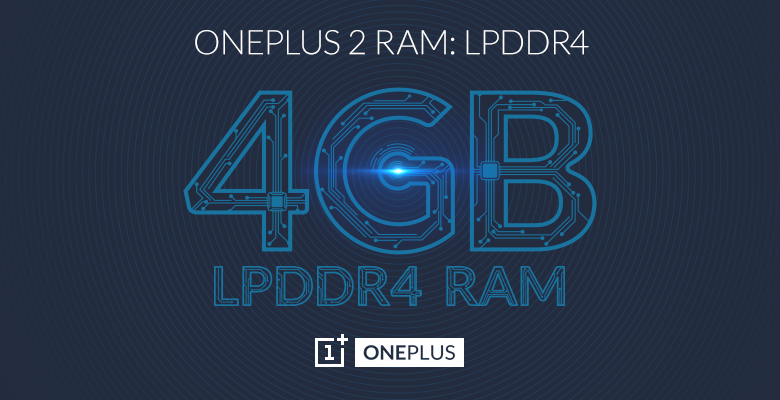 A new hardware feature for the OnePlus 2 has been confirmed officially. OnePlus has revealed that the OnePlus 2 will pack 4GB LPDDR4 RAM inside.

OnePlus CEO Pete Lau posted the hardware spec on OnePlus Forum, explaining the requirement of 4GB LPDDR4 RAM for the OnePlus 2. From OnePlus:

Why did we choose LPDDR4 for the OnePlus 2? Another notable benefit is lower power consumption for better battery efficiency. That means you’ll be able to use your favorite apps (and more) without draining the battery. With LPDDR4, you get twice the bandwidth performance as the LPDDR3 at the same power consumption profile.

With a Qualcomm Snapdragon 810 processor, USB Type-C port, lightening fast Fingerprint reader, and now 4GB LPDDR4 RAM on board, the OnePlus 2 is likely to be the “2015 flagship killer” for less than $450.

OnePlus 2 will be officially unveiled on July 27 in Virtual Reality. So, stay tuned!