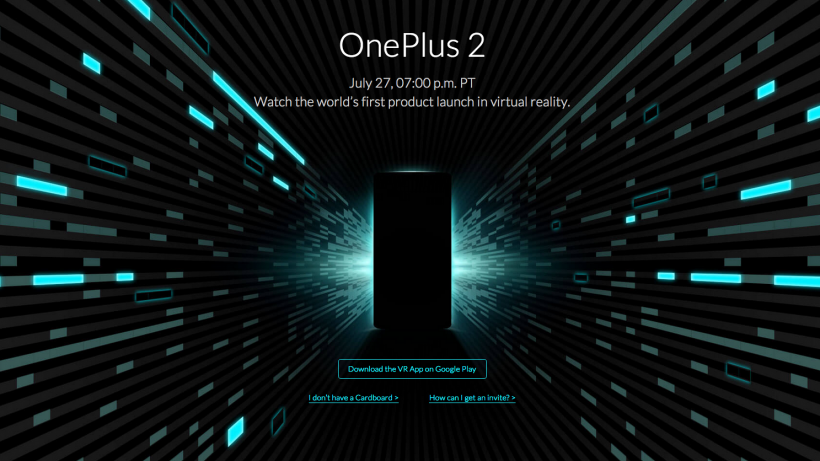 OnePlus has released an app for the OnePlus 2 Virtual Reality launch on Monday, July 27. The app, entitled OnePlus 2 Launch, is a basic launcher for the live stream schedule for tomorrow.

Product launches tend to be the same. An auditorium, a keynote, and a seated audience. For the OnePlus 2 launch, we didn’t want a barrier between us and our community; we want to invite you into our world, because you’re a major part of it. That is why we will be unveiling the OnePlus 2 in a VR experience. Starting July 27 at 7:00pm PST, everyone around the world can stream our launch.

OnePlus has also launched an event invite page for the OnePlus 2. You can access it here.

The OnePlus 2 launch event will begin at 7pm PST tomorrow. And you can experience the unveiling in Virtual Reality with or without Cardboard. Just download the OnePlus 2 Launch App from the Google Play Store.

In addition, OnePlus has opened its reservation list for invites for the OnePlus 2, touting for a better and improved invite system than the previous year. You can reserve your OnePlus 2 invite here.

Matter For iOS Is Apple’s Free App Of The Week