Archos has announced the Diamond S, 50 Cesium and 50e Helium, three new addition to its smartphone space. Among these three phones, the 50 Cesium runs Windows 10, while the other two ships with Android Lollipop.

The Archos Diamond S sticks with a 5-inch Super AMOLED dispay, and is powered by MediaTek’s MT6753 SoC (1.5GHz Octa-Core) with 2GB of RAM. In the camera department, the Diamond S offers a 16-megapixel rear shooter, with an 8-megapixel selfie machine, for all your mobile photography skills. You get a 16GB of expandable storage, too.

On the other hand, the Archos 50 Cesium is a 5-inch HD affair, housing a 1.1GHz quad-core processor, 1GB of RAM, and an 8GB of onboard storage. The handset features an 8-megapixel rear camera and a 2-megapixel front camera. 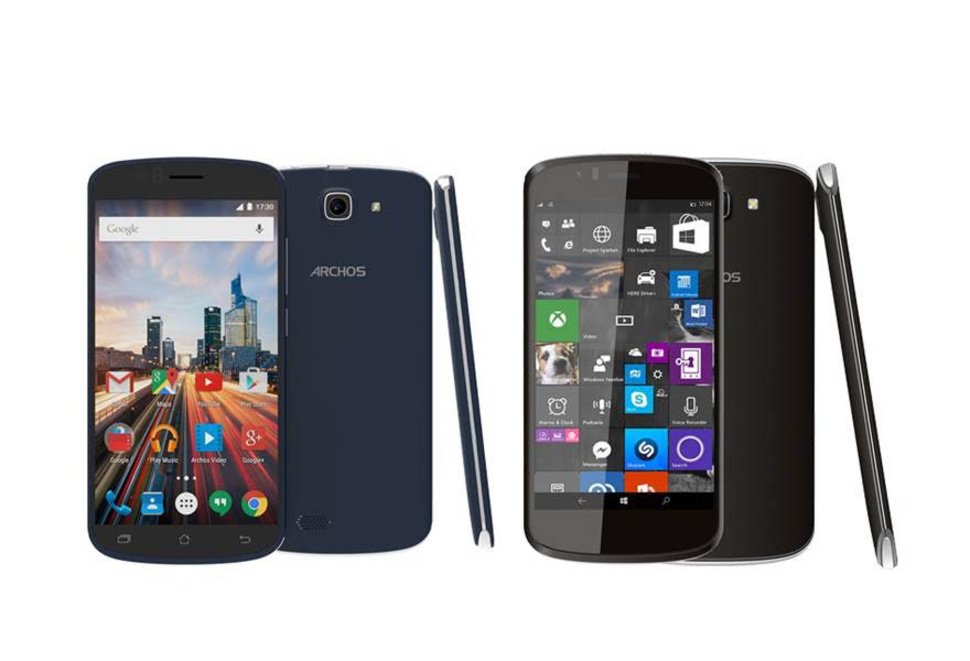 The Archos 50e Helium is identical to the 50 Cesium, but it comes with Android 5.1 at launch, while the 50 Cesium runs Windows 10.

The handsets will be available for retail sometime in November with a price tag of £159 for the Diamond S and £99 for the 50 Cesium and 50e Helium. Archos will showcase the handsets at IFA in Berlin next month.