LG’s latest offering is a mid-range tablet entitled the LG G Pad II 8.0, which is available only in Korea for now. The silent release was spotted on the company’s Korean site.

The site highlights a full-sized USB port on the device with support for USB flash disks, external keyboard and game controllers. LG has also included a capacitive stylus with a narrow 3.5mm thin bezel. 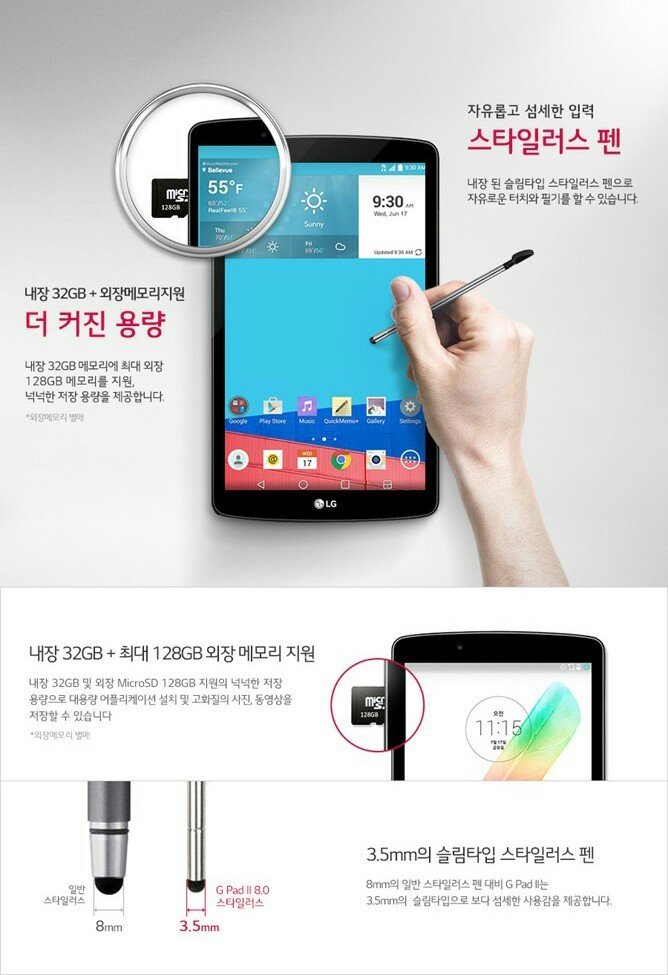 With an 8-inch display at 1280×800 resolution, the LG G Pad II 8.0 houses a Qualcomm Snapdragon 400 (1.2GHz) chipset, 1.5GB of RAM and a 4,200mAh battery kit. The device includes a 5-megapixel rear camera and a 2-megapixel front camera. Offering a 32GB of onboard storage, the device also supports microSD expansion for an additional 128GB.

Unfortunately, LG didn’t reveal any detail on the pricing or availability of the G Pad II 8.0 outside South Korea. Maybe we can expect a tweaked variant of the device with refreshed internals in the near future, though it’s not confirmed.