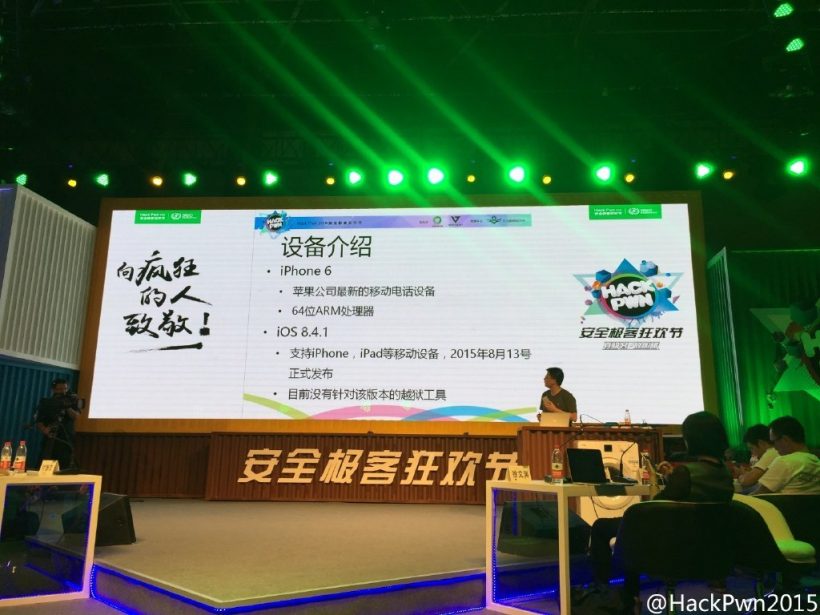 The Jailbreak team jailbroke an iPhone 6 running iOS 8.4.1 on-stage at the conference.

As iOS 9 is less than a month away from public launch, it’s likely that Pangu will save the exploit for iOS 9 jailbreak if Apple doesn’t patch it in iOS 9. Therefore, don’t expect an iOS 8.4.1 jailbreak to arrive publicly anytime soon.