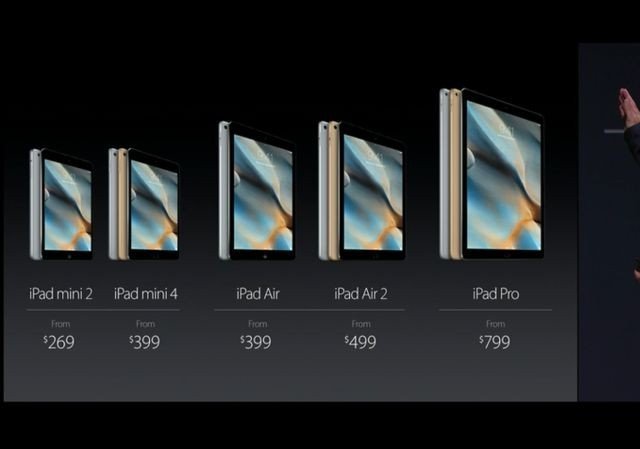 Apple, alongside the gigantic iPad Pro, officially announced the iPad mini 4. The tablet is identical to the iPad Air 2 in hardware and performance, and costs just $399.

The new iPad mini 4 is almost an iPad Air 2 in a smaller screen offering. Plus, the company also dropped the retail price of the iPad mini 2, making it available to customers for $269.