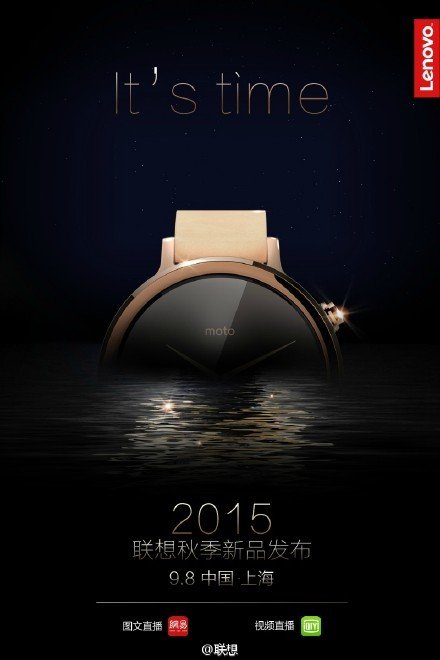 Lenovo has posted an image on the Chinese microblogging site Weibo, teasing the launch date for Motorola’s next-generation Moto 360. And it’s September 8, fairly between IFA and Apple’s media event.

The teaser features the upcoming Moto 360 in gold outfit, with the heading “It’s time.” There’s also information written in Chinese alongside the unveiling date.

Archos announces the Diamond Plus for £180