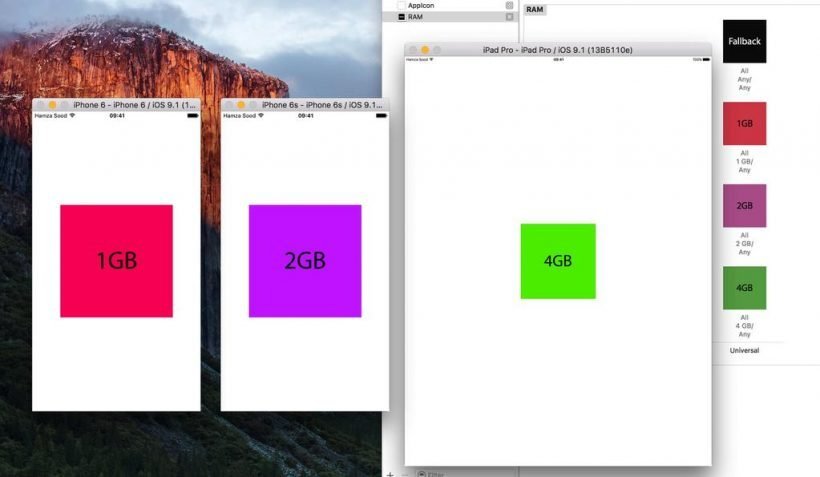 Hamza Sood, a well-known iOS Developer, has discovered that the iPhone 6s and iPhone 6s Plus enclose a 2GB of RAM, while the new iPad Pro locks at 4GB, through Xcode development tool.

Sood posted an image of the iOS Simulators for iPhone 6, iPhone 6s and iPad Pro, indicating 1GB, 2GB and 4GB of RAM respectively.

It’s not an official confirmation from Apple, as the company doesn’t usually reveal about the RAM used in its handhelds – neither at the launch event nor on the product’s specs page.

The confirmation just rubbished the rumors of iPhone 6s featuring only 1GB of RAM.