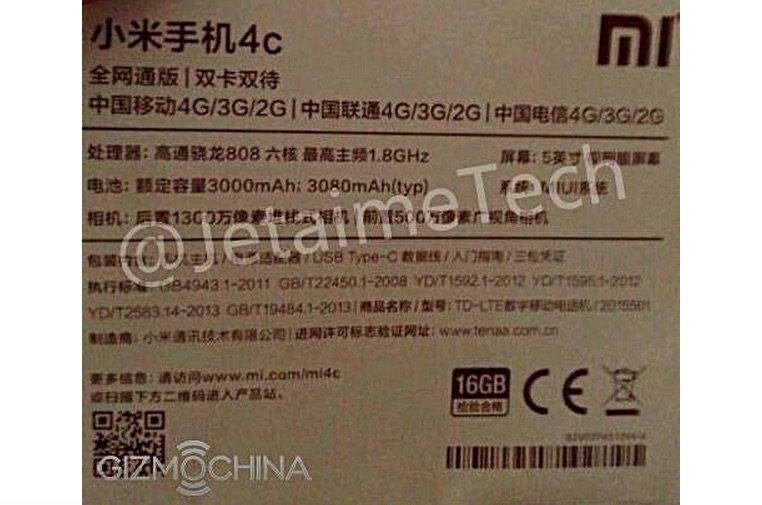 A new leak has revealed Xiaomi’s upcoming smartphone, which is likely to be entitled Mi 4c. Interestingly, the leaked packaging for the Mi 4c points to USB Type-C support for the handset.

According to the leak, besides a reversible USB Type-C port, the handset is supposed to figure a Snapdragon 808 processor and 3,000mAh battery. Following the previous leaks, a 5-inch HD display, 2GB of RAM, 13-megapixel rear camera, 5-megapixel front camera, and a 16GB of storage is expected.

As it has been over a year since Xiaomi launched the Mi 4 flagship, a successor shouldn’t be far away; however we’re not sure whether the Mi 4c will carry the flagship tag.

Google has a new (and flat) logo