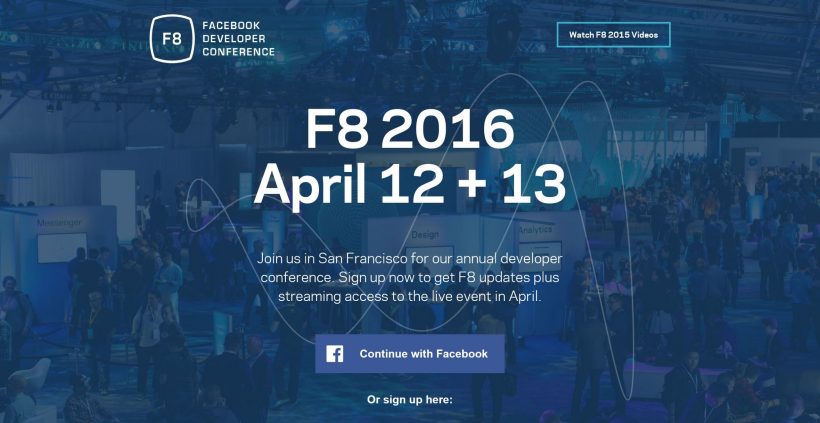 Facebook has announced dates for the next year’s F8 Developer Conference, the company’s annual developer conference. Facebook F8 2016 will take place on April 12 and 13 in San Francisco.

The conference features new products and a glimpse into Facebook’s future. The two-day event will include a range of sessions with demo stations and the opportunity to speak with Facebook product experts.

Given it’s nearly six months away, the company hasn’t shared much on what new things will the 2016 F8 Developer Conference evoke.