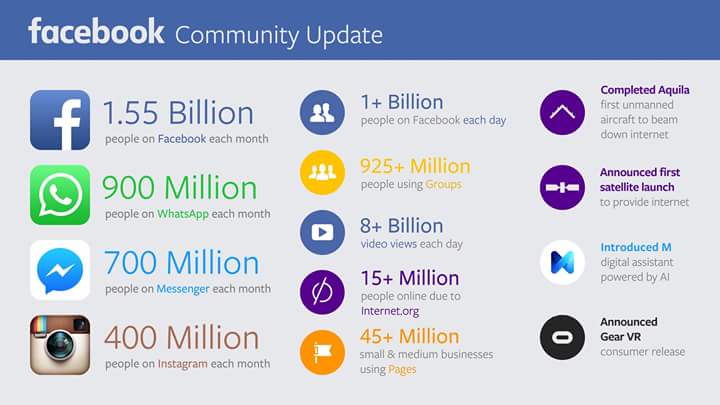 Facebook now holds 1.55 billion users worldwide, which is a 14 percent increase over the last year’s numbers, noting 1.39 billion from mobile.

The social network, as of now, serves 1.01 billion daily active users among which 894 million are mobile users.

Google Hangouts for the Web Gets New Interface & More