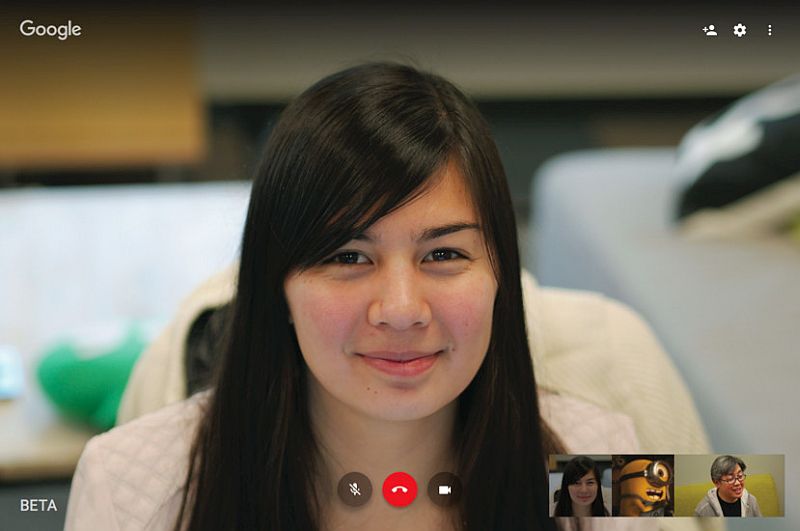 Google has begun rolling out an update to Hangouts for the Web, bringing a streamlined interface and ‘crisper’ video experience.

The new immersive full-screen interface adds more focus on the speaker, rather than the buttons. But that doesn’t mean you’ll be served with a button-less screen; the buttons appear at the bottom-center of your screen.

If you wish to revert back to the original version of Hangouts on the web, the menu at the top-left position lets you do that with ease.

Sadly, the feature isn’t applicable for Google Apps for Work users yet.