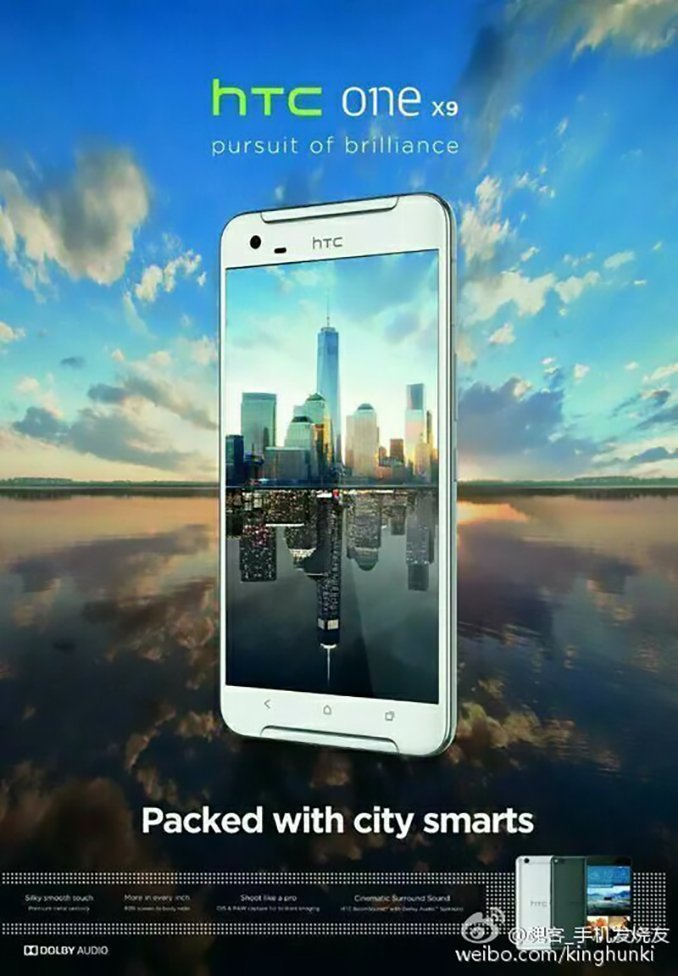 After the One A9, HTC is up for another One-branded phone, leaks suggest. The HTC One X9 has been leaked in a promo image, which reads “packed with city smarts” alongside the phone.

The leaks coming out from China suggest that the HTC One X9 will pack a Snapdragon 820 or deca-core MediaTek Helio X20 processor, along with a 4GB of RAM, 3,500mAh battery, 4-megapixel ‘ultrapixel’ secondary shooter, 23-megapixel primary camera, and a 64GB or 128GB storage.

We are not sure whether the leaked One X9 is genuine. Nothing’s officially confirmed yet. It’s a leak, after all.