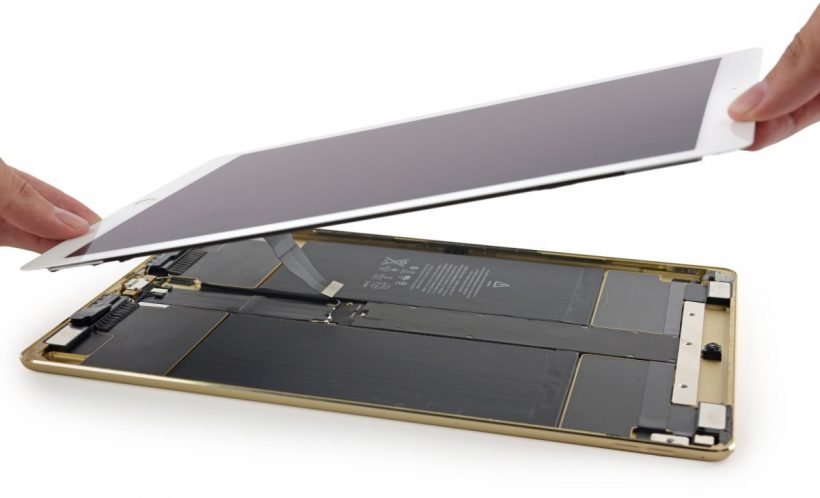 Folks over at iFixit have performed their teardown of the gigantic 12.9-inch iPad Pro. The tablet released just yesterday, and today we’ve all of its components exposed, all thanks to iFixit.

The new iPad Pro has glass screen and display underneath attached together, which means you’ll have to replace both of them in order to get one replaced. While the good news is about the batteries having pull-tabs for easy removal.

The iPad Pro scored 3 out of 10 in iFixit’s reparability score; 10 is the easiest to repair.

HTC One X9 Images And Specs Leaked On TENAA