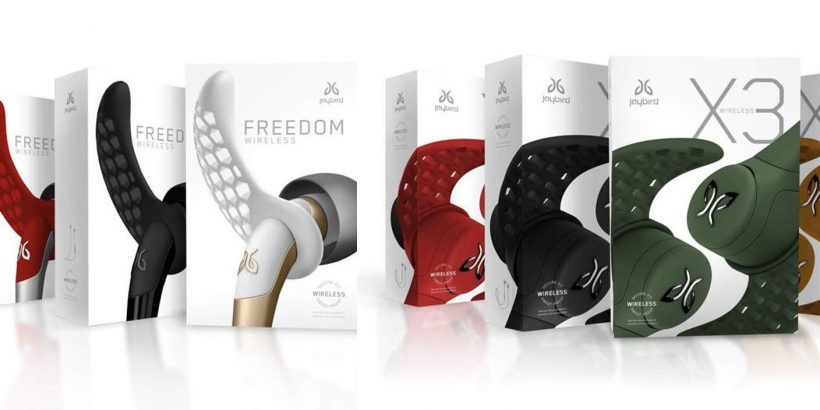 Today at CES 2016, Jaybird announced two new bluetooth headphones to their lineup, the X3 and Freedom models. The announcement is somewhat curious as the company just recently, in August 2015, announced the Jaybird X2, which were the long-awaited successor to the Jaybird Bluebuds X. However, with the new X3 and Freedom models not being released until later in 2016, early adopters can rest easy knowing their new headphones weren’t rendered obsolete in a matter of months.

With the X3 and Freedom sporting Bluetooth 4.0 technology, Jaybird is claiming these are their most advanced headphones yet. Also being introduced with both models is the ability to create custom sound profiles with Jaybird’s new MySound app, which will be available for Android and iOS. Other headphone manufacturers, such as Jabra and Parrot, have introduced similar app-based sound customization options with mixed success. However, one notable difference for Jaybird’s app is that the sound profiles you create will be saved and then stored directly on the headphones for use on any device you happen to be using.

Aside from some new color options, the Jaybird X3 retain the design from the X2 model and have Jaybird’s patented SignalPlus software that claims to improve signal quality. Available for $149 in Q3, the Jaybird X3 headphones will come in five colors: Blackout (Black), Alpha (Military Green), Road, Rash (Red), Dune (Tan), and Surf (Blue).

The Jaybird Freedom have a slightly less obtrusive design when compared to the X3 and offer the same SignalPlus software for improved signal quality. One notable difference though is the smaller battery. While the X3 offers up to 7 hours of battery life, the Freedom will only offer 4 hours. The Freedom headphones make up for this by including an included charging clip which will offer 4 more hours of battery. The Jaybird Freedom headphones will be available in Q2 for $199.

Samsung Pay will soon launch in Australia, Singapore and Brazil