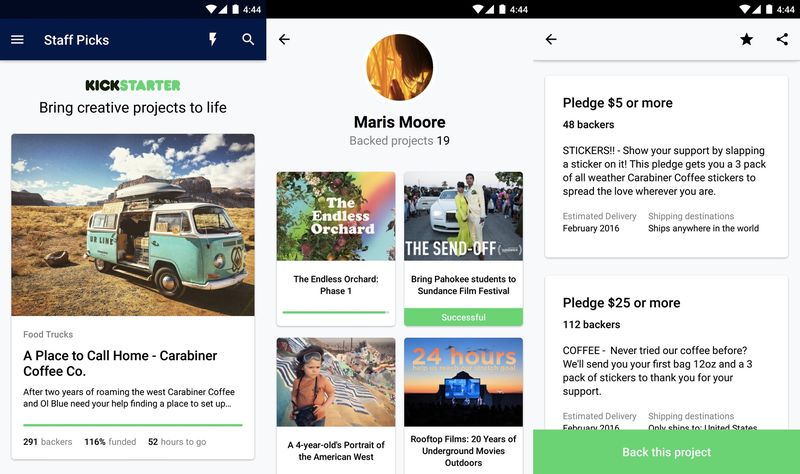 The crowd-funding app lets you browse and back projects from within the app, along with the ability to receive updates from your backed projects. However, project creators aren’t allowed to manage their campaigns from the app; it’s likely to arrive in the form of an update to the app.

OxygenOS 2.1.4 now available for the OnePlus One