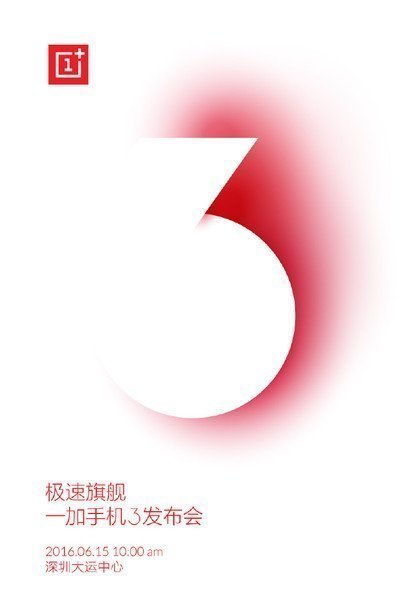 OnePlus today revealed that it’ll unveil the OnePlus 3 on June 15 in China, which simply means you should be getting your virtual reality headsets ready as soon as possible.

According to a post on Weibo, China’s version of Twitter, the Chinese smartphone maker mentioned the event timing to be 10AM (GMT +8), along with June 15 as launch date.

Though the leaked details come from TENAA, we can’t confirm these specs until June 15, when OnePlus launches its next Flagship Killer. Till then, stay tuned.

Sony launches the Xperia E5, an affordable yet powerful handset