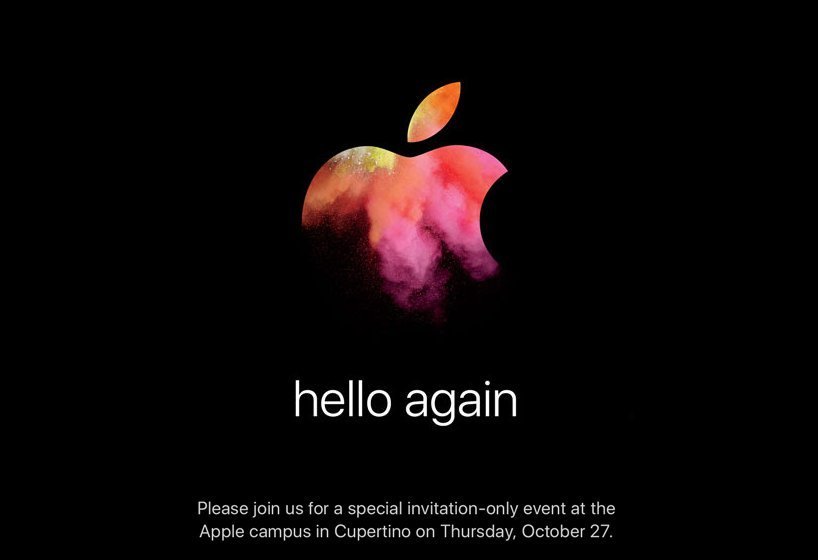 Apple sent out invites to a press event on Thursday, October 27 at Apple HQ is Cupertino, California. The event is supposed to be a fully Mac-focused morning starting at 10am PT, with major upgrades coming out to the MacBook Pro and MacBook Air, as these Apple computers haven’t received a major refresh in past four years.

Apple’s October 27 event invitation has “hello again” tagline, which gives us a reminiscence of the original Macintosh (with a simple “hello”) Steve Jobs unveiled during his keynote in 1984. This further confirms that we’re to see new Macs later this month — for sure.

To write what internet is speaking of about the new Macs, we’re likely to see a redesigned MacBook Pro with an OLED touch bar that replaces the function keys, TouchID power button, along with updates to MacBook Air, Mac Mini, iMac, and hopefully the MacPro.