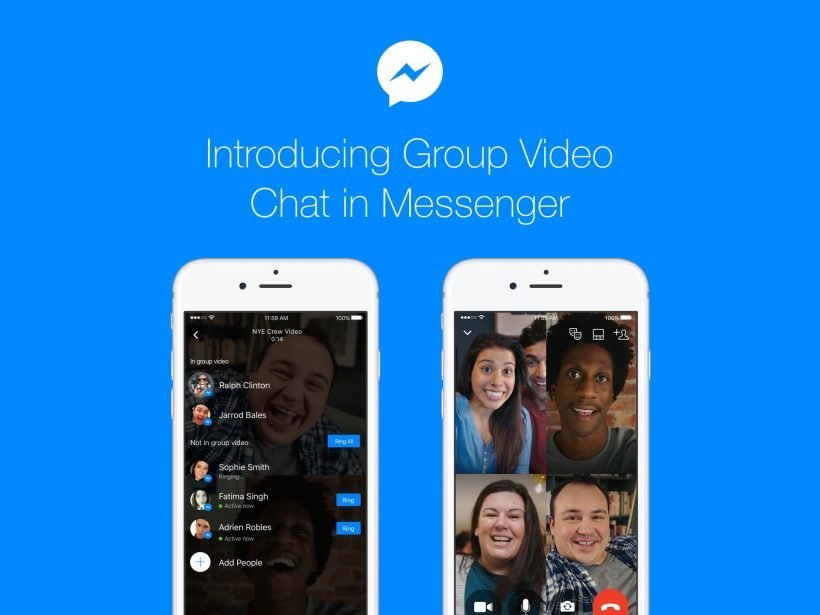 Facebook has introduced the “most requested feature,” ability to group video chat in Messenger. Just in time for holidays, the group video chat feature expands on group voice chat, which was added back in April.

With this update rolling out now on iOS, Android and desktop version of Messenger, you will be able to invite up to 50 people to come over video call — though you can only see six people at one time, while other participants will be able to listen or response with their voice. Once there are more than six people in a video chat, the app will show the active speaker on screen in a Google Hangouts-like carousel design.

There’s also support for live stickers, called 3D Masks, on iOS, with Android support coming soon. You know what it is, if you’re on Snapchat.

Twitter introduces Stickers for photos on iOS and Android