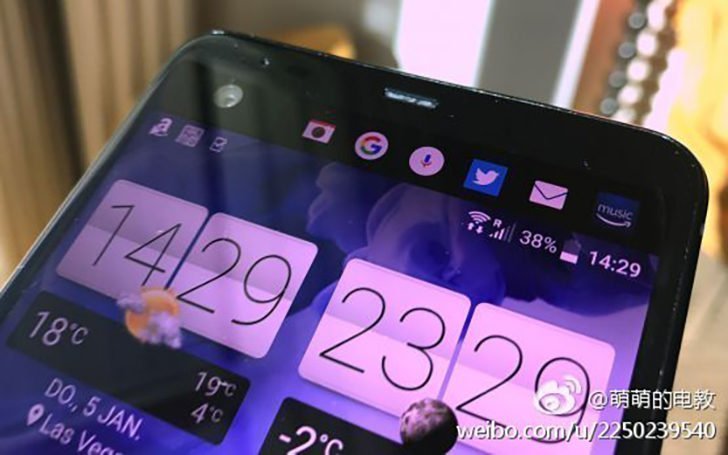 HTC will uncover its next big announcement ’for U’ on Thursday, January 12 at 3am ET. The announcement is expected to come along a new smartphone (code named ‘Ocean Note’) from the Taiwanese firm, as purported images of the handset appeared on Chinese micro-blogging site Weibo.

The leak from Weibo for the unannounced HTC Ocean Note tells that the handset will have a glass back as well as a secondary always-on display — the secondary display, as shown in the leak, takes inspiration from LG V10/v20. Doesn’t it sound like Samsung-LG collaboration? Look at the square-shaped camera!

The leaked images also show a camera hump in the rear surface of the phone, with four color variants ranging from dark blue to pink. In one of the images, the alleged HTC Ocean Note is showing the date January 5 and location Las Vegas, which could possibly mean the handset was brought to CES 2017.