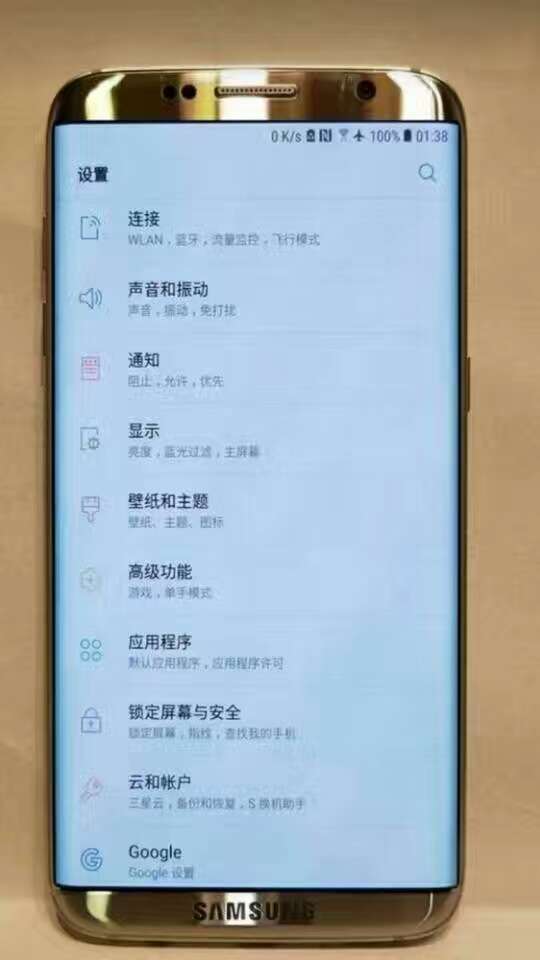 ​Samsung Galaxy S8 is undoubtedly one of the most anticipated Android handsets of 2017 that most of us are awaiting; probably because it will be the first Samsung flagship to launch after the fiery Note 7 chaos.

A new image of the alleged Samsung Galaxy S8 has surfaced online via GizChina. The leak gives us our yet closest look at the almost bezel-less design (compared to other Samsung devices) of the upcoming Galaxy S8, with no physical button in the front.

The phone pictured above has a curved edge display and glossy finish. The bottom part has Samsung branding instead of the usual home button (with a fingerprint sensor). Either Samsung has shifted the fingerprint sensor at the back or used an ultrasonic technology approach under the screen.

This photo was sent to me earlier today by a company that is making accessories for the upcoming Samsung Galaxy S8 and appears to show a leaked model of the upcoming Galaxy S8 flagship smartphone. We can see from the photo that this gold phone is clearly marked with Samsung branding, and in fact the area where the branding is seen is where the physical home button is found on the S7. This either means that the fingerprint scanner is now located on the rear of the Samsung Galaxy S8 or the new phone feature an ‘under screen’ fingerprint scanner.

Recently, a tempered glass of the Samsung Galaxy S8 appeared to have been leaked. Both the leaks share curved edge displays and smaller bezels, which could possibly mean we are looking at the Galaxy S8.

Samsung is highly expected to announce the Galaxy S8 at Mobile World Congress 2017 next month. We’ll have to wait until Samsung unpacks the next galaxy.

LeaksamsungSamsung Galaxy S8Samsung Leak
Up Next