​Samsung has refreshed the Galaxy A mid-range series with 2017 tag. The updated line-up includes the 4.7-inch Galaxy A3, 5.2-inch Galaxy A5 and 5.7-inch Galaxy A7, offering beautiful aesthetics and powerful performance.

The Galaxy A is sleeker and curvier than the previous iteration, with premium metal frame and 3D glass at the back.

As it is 2017, the Galaxy A series comes with reversible USB Type-C support, along with IP68 certification. It’s surprising — and obviously good — to see Samsung add IP68 certificate in the mid-range series, as the company debuted it with the flagship Galaxy S7.

The spotlight here goes on the cameras; unlike the Galaxy A3, which has a 13-megapixel rear shooter and 8-megapixel front snappier, the Galaxy A5 and Galaxy A7 both feature 16-megapixel cameras on the faceplate and backplate, offering more stabilization and faster autofocus with a simplified user experience. The floating camera button lets you capture high-resolution selfie even in low-light. 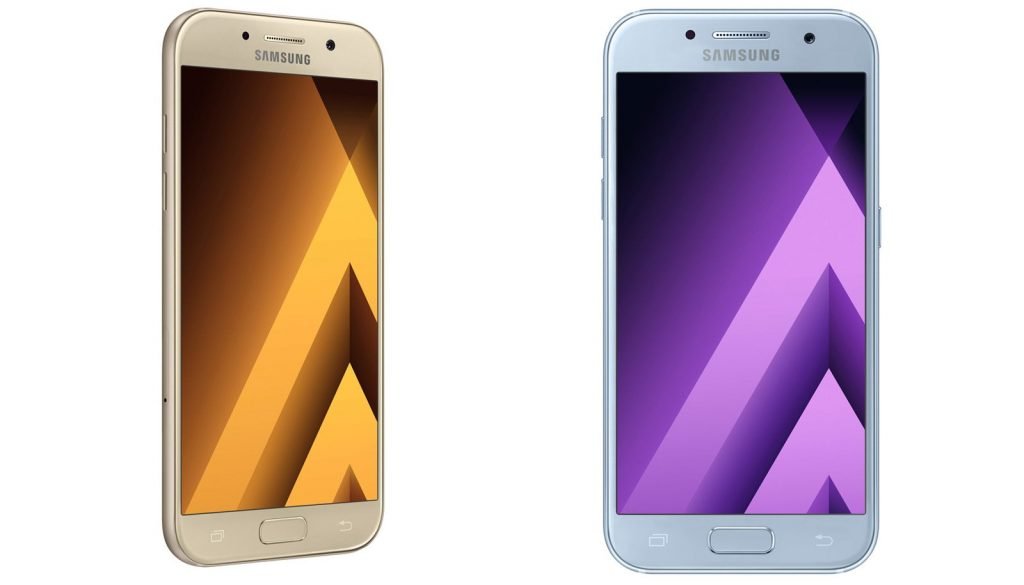 The 2017 Galaxy A7 offers a 5.7-inch screen and 3,600mAh battery, inheriting rest of the specs from the Galaxy A5. In addition, there’s support for Samsung Pay, with an Always on Display and Android Marshmallow on board.

Available in Black Sky, Gold Sand, Blue Mist and Peach Cloud variants, the Galaxy A handsets will launch in Russia early this month, followed by other markets in the days ahead.