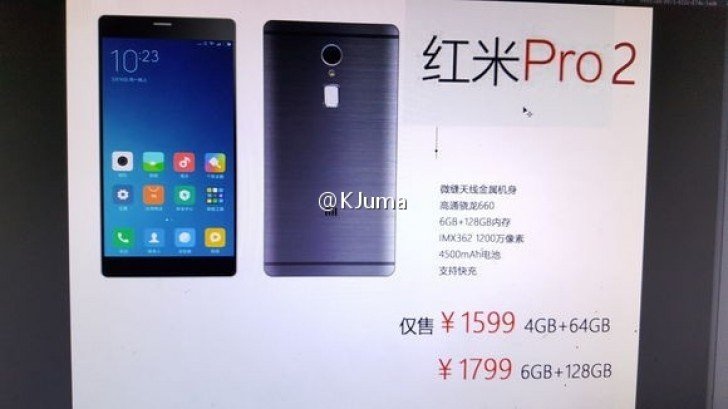 A new leak coming out from China gives us our first look at what might be the Xiaomi Redmi Pro 2. As the name suggests, it could be the successor to last year’s Redmi Pro that launched in China.

The Redmi Pro 2 leak (via GizChina) reveals under the hood specifications, alleging a 5.5-inch FHD display, 4,500mAh battery, single camera at the back equipped with Sony IMX365 sensor with 1.4µm pixel and Dual Pixel autofocus. It is surprising to see the handset not following dual camera trait as its predecessor.

In the end, a leak is still a leak. We’ll have to wait until Xiaomi reveals the Redmi Pro 2 in its full glory sometime in near future — hopefully!

OnePlus 3T and 3 users, this is the easter egg you couldn’t find