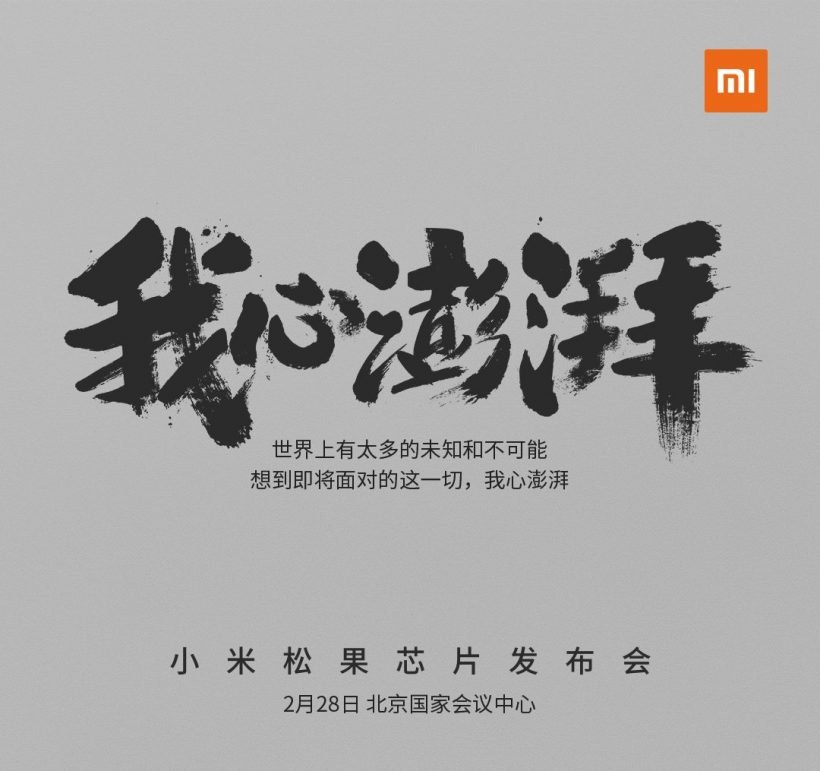 Xiaomi is gearing up to launch its in-house “Pinecone” processor later this month in China, making itself the second Chinese smartphone manufacturer — and fourth globally — to produce its own silicon chips after Huawei.

The company has been using Qualcomm and MediaTek chips for its smartphones until now, but after February 28 announcement of “Pinecone” mobile chipset things are likely to change under the hood. The news first broke back in 2015 when Beijing-based silicon manufacturer Leadcore Technology announced a partnership with Xiaomi to help design their own chips.

Pinecone comes from a direct translation from the Chinese term being used, and has not been confirmed by Xiaomi yet as the official name for the chipset. Lets wait and watch what Xiaomi has in store for us!

Mobile ProcessorXiaomiXiaomi Pinecone
Up Next