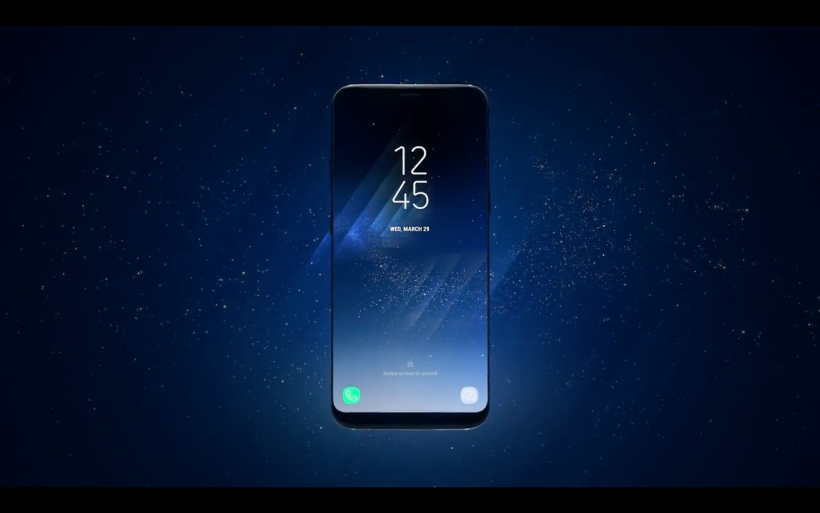 Samsung today officially announced the much-anticipated Galaxy S8 smartphone at Unpacked 2017. Despite the fancy, curvy Galaxy S branding, what makes the handset so special is that it’s the first Samsung flagship to debut after the explosive Note 7 fiasco. It’ll be interesting to see what Samsung fans will really like about the S8 apart from the bezel-free design, which I am already in love with (wait, I’m not a Samsung fan!), when it launches on April 21.

Following the footsteps of the LG G6, the Galaxy S8 also adopts 18:9 aspect ratio for display, with 2960 x 2400 native resolutions, which means bigger screen in a compact body. The display is being called Infinity Display. The premium handset will come in two different variants — the standard Galaxy S8, and the taller Galaxy S8 Plus. The former has a 5.8-inch screen size, while the later expands to 6.2-inch.

In the inside, both the Galaxy S8 and Galaxy S8 Plus will feature Samsung’s in-house Exynos 8895 chipset, whereas the phones in the US, Japan, and China will include Snapdragon 835 (10nm). There’s no jump to the 6GB RAM, rather the S8 line-up will stick to 4GB of RAM and 64GB of storage (with microSD slot).

The fingerprint sensor has been shifted to the rear-end linear to the camera lens, which also supports programmable gestures for operating specific apps/tasks. It’s a shift from the faceplate to the back. For advanced security, the Galaxy S8 equips an Iris scanner and face recognition technology, too. Both phones feature 8-megapixel cameras on the front with f/1.7, and the rear gets 12-megapixel units with f/1.7 and optical image stabilization.

To get more real estate space for the screen, Samsung added an on-screen home button on the Galaxy S8, which works exactly the way a physical button would. Sporting USB Type-C, IP68 dust and water resistant suit, and fast charging tech, the Galaxy S8 boasts a 3,000mAh battery, and the Plus model has a 3.500mAh unit in it. 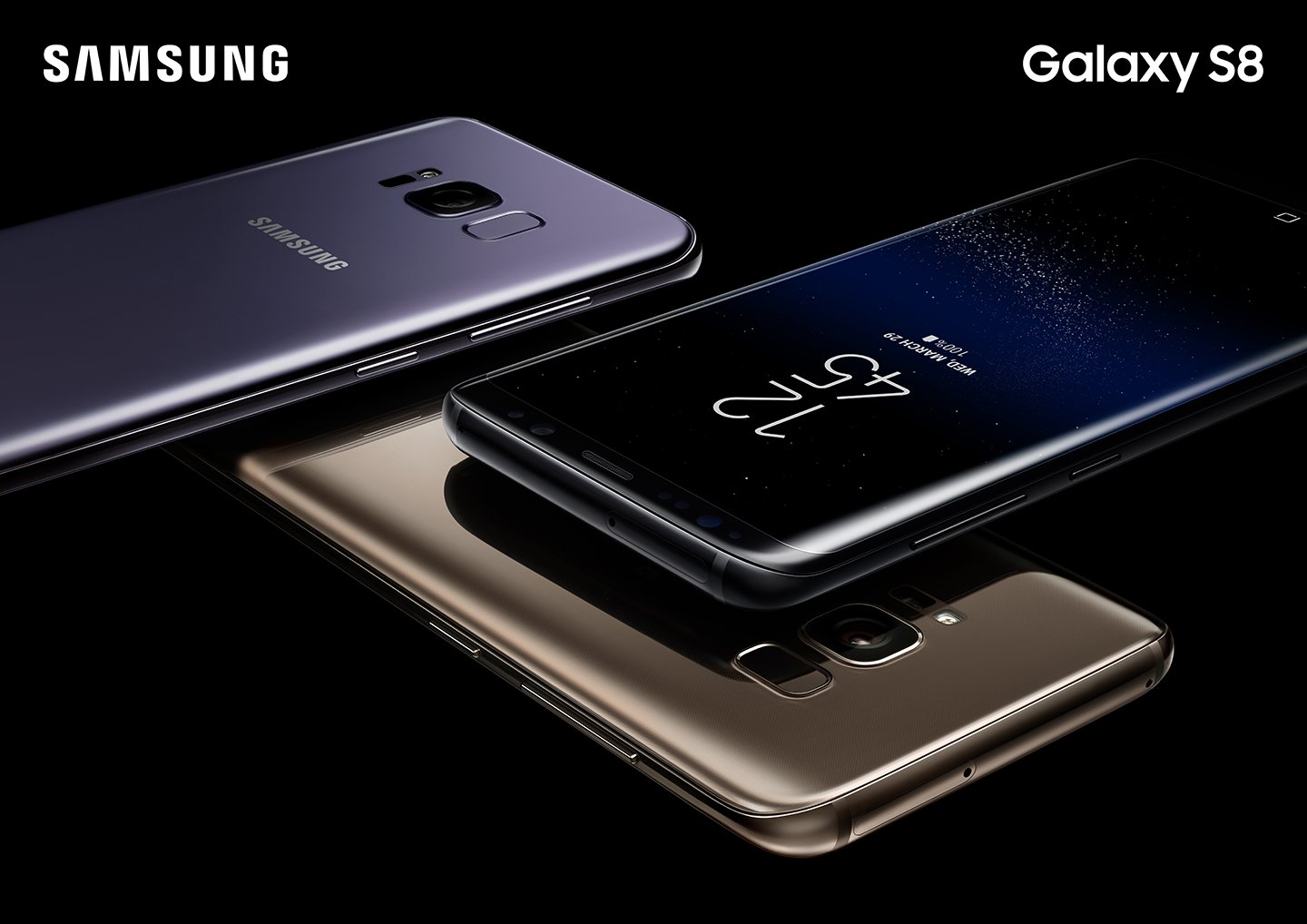 This time around, there’s more to it than just specs. The Galaxy S8 series comes equipped with Bixby, Samsung’s very own virtual assistant that will allow for voice-controlled interaction. Bixby is really smart and understands what’s happening on the screen, according to Samsung. Bixby currently supports select apps like Camera, Contacts, Gallery, Messages, and Settings. There’s also a gig called Samsung DeX that provides a unique desktop experience, provided that you’ve the peripherals, fully powered by the Samsung Galaxy S8 or S8 Plus.

The Galaxy S8 and Galaxy S8 Plus will arrive on April 21 in Midnight Black, Orchid Gray, Arctic Silver, Coral Blue, and Maple Gold.