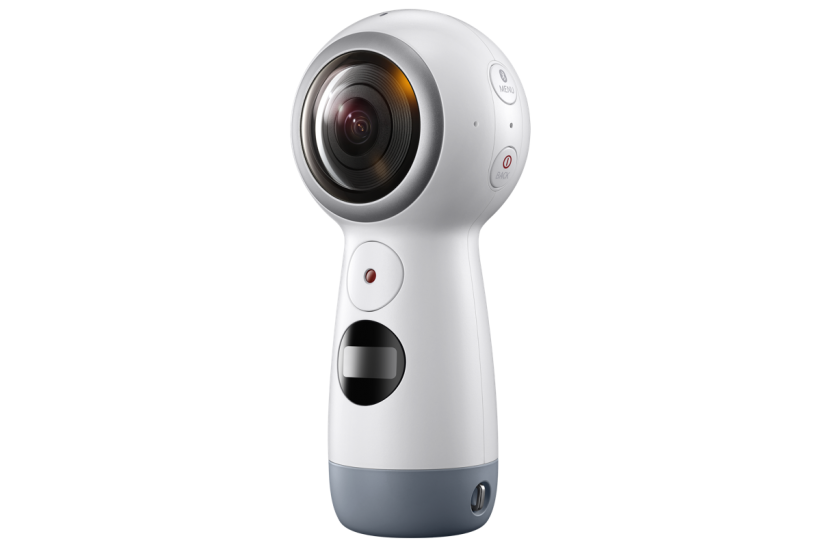 At Unpacked 2017, Samsung unveiled the all-new Gear 360, alongside the Galaxy S8 and Galaxy S8 Plus. The Gear 360 camera does it better in its second generation, with the ability to capture 4K 360-degree content, and design that’s portable as well as handy. It also allows for live broadcast directly to Facebook and YouTube, but scales down the resolution to 2K when live.

Featuring two CMOS 8.4-megapixel fish-eye cameras, the new Gear 360 shoots in 4K at 24fps. The frame rate, however, can be improved when using lower resolution. The Gear 360 weighs 130 grams, and boasts 1,160mAh battery. It is also IP53 certified dust and water resistant. The good part? It works with iOS, too. Full specs follow below.

There’s no word on pricing or availability just yet, but we assume that it will be launched alongside the Galaxy S8 next month. Stay tuned!

Samsung DeX transforms the Galaxy S8 into a desktop

Samsung officially unveils the Galaxy S8 and Galaxy S8 Plus