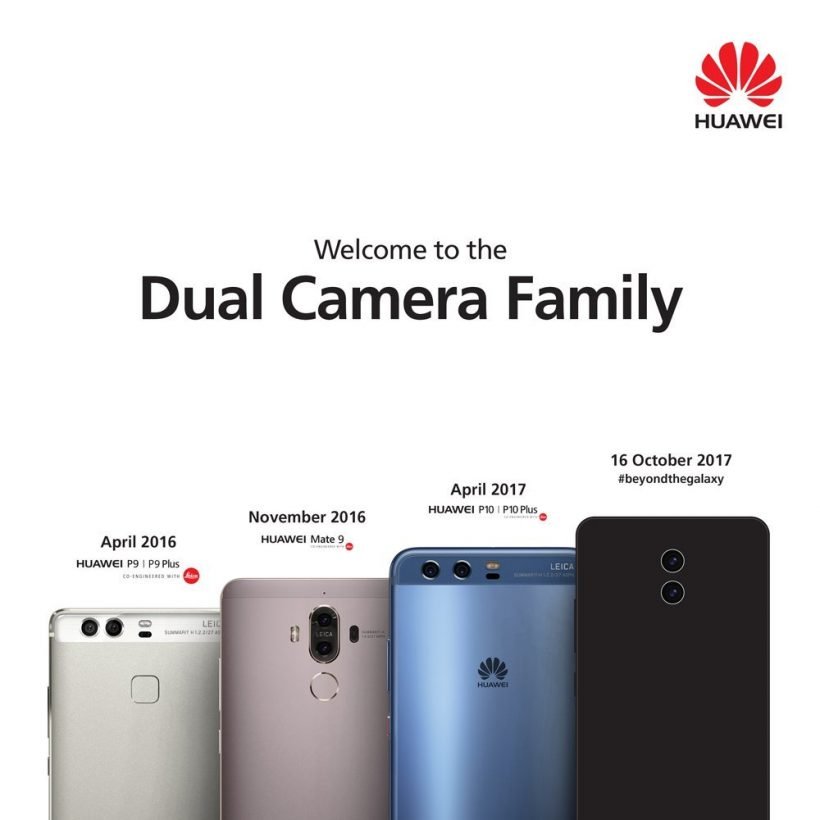 Huawei is gearing up the hype game for its upcoming Mate 10 flagship, which the company touted to compete with Apple past month. This time it’s targeting the just-released Galaxy Note 8.

Huawei Australia’s twitter account tweeted an image (posted above) showcasing the dual-camera setup in its smartphone line-up, and with a glimpse of the Mate 10. The Dual Camera Family photo includes the P9, Mate 9, P10 smartphones, accompanied by the Mate 10 with a potential launch date — October 16 — and ‘#BeyondTheGalaxy’ hashtag.

Also a teaser for the Mate 10, the #BeyondTheGalaxy tag clearly depicts how Huawei is mocking Samsung for taking so long to enter dual-camera smartphone market. Anyways, the teaser image does give us an official look at the back of Mate 10, while photos coming from Huawei Malaysia’s Instagram give us an idea of how the front and bezel will look on the phone. Stunning, right? Well, it indeed seems promising. More will be revealed on October 16, as we welcome a new Mate in the Dual Camera Family.

HuaweiHuawei Mate 10Teaser
Up Next