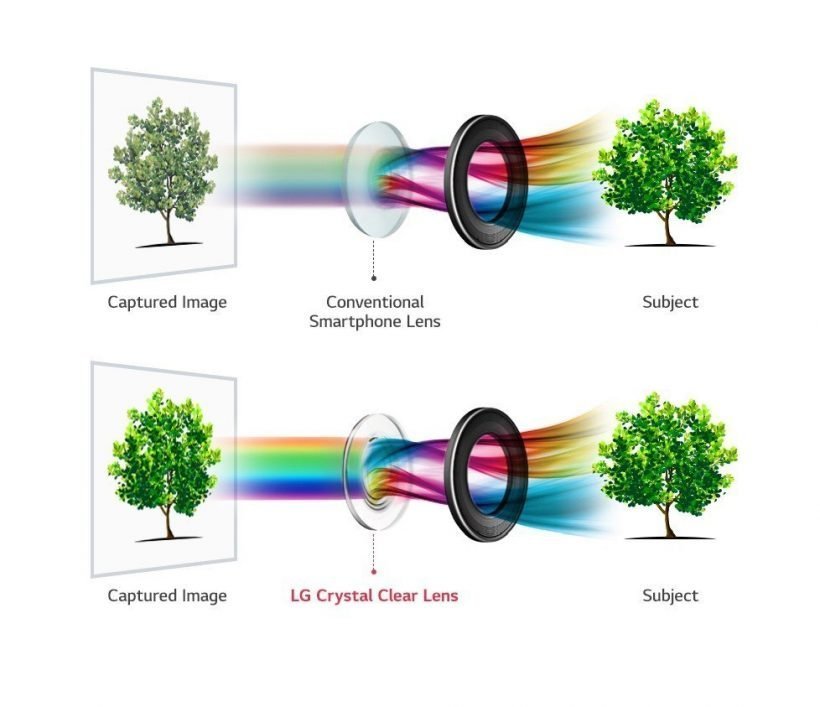 LG will debut its upcoming flagship phone — the LG V30 — on August 31 at IFA 2017 in Berlin. But before we reach to the official V30 announcement LG has revealed some groundbreaking features about the handset.

The LG V30 will feature an f/1.6 aperture camera, which is the first-ever on a smartphone, confirmed the company. As a result, the V30 will deliver 25-percent more light to the sensor as compared to the conventional f/1.8 lens. Plus, the inner construction of the camera will include a glass lens (Crystal Clear Lens) instead of plastic one for better color reproduction. However, it is yet unclear whether both cameras in the dual-camera setup will render these improvements.

LG says the camera in the V30 is superior to the camera of its predecessor, making it the well suited for photography and videography.

“LG boasts an unrivaled heritage in smartphone photography and our decision to adopt glass in the V30 camera is specifically because this has traditionally been the realm of DSLRs,” said Juno Cho, president of LG Electronics Mobile Communications Company. “For the users for whom the V series was designed, this kind of innovation is significant.”

In addition, LG has made improvement to its wide-angle camera with a reduction in edge distortion, which the company claims to be ideal for group wefies (wefies?!). More features under the camera spectrum include laser detection autofocus, optical image stabilization (OIS), and electronic image stabilization (EIS). With all these features on board, the LG V30 still manages to maintain a 30-percent smaller construction than the LG V20.