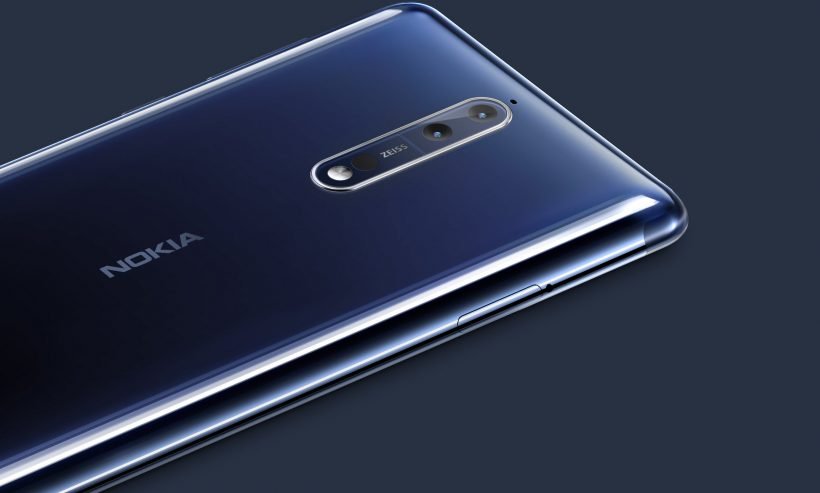 Nokia’s premium rectangular slab — the Nokia 8 — is made out of a single block of 6000 series aluminum, which has been refined over 40 stages, including machining, anodizing, and polishing. Some select high-gloss mirror finish variants take over 20 straight hours to complete.

Sporting a 5.3-inch QHD display with Gorilla Glass 5, the Nokia 8 is powered by a Snapdragon 835 chipset, the latest offering from Qualcomm, coupled with 4GB of memory. The storage volume mounts to 64GB, and is expandable up to 256GB via microSD. 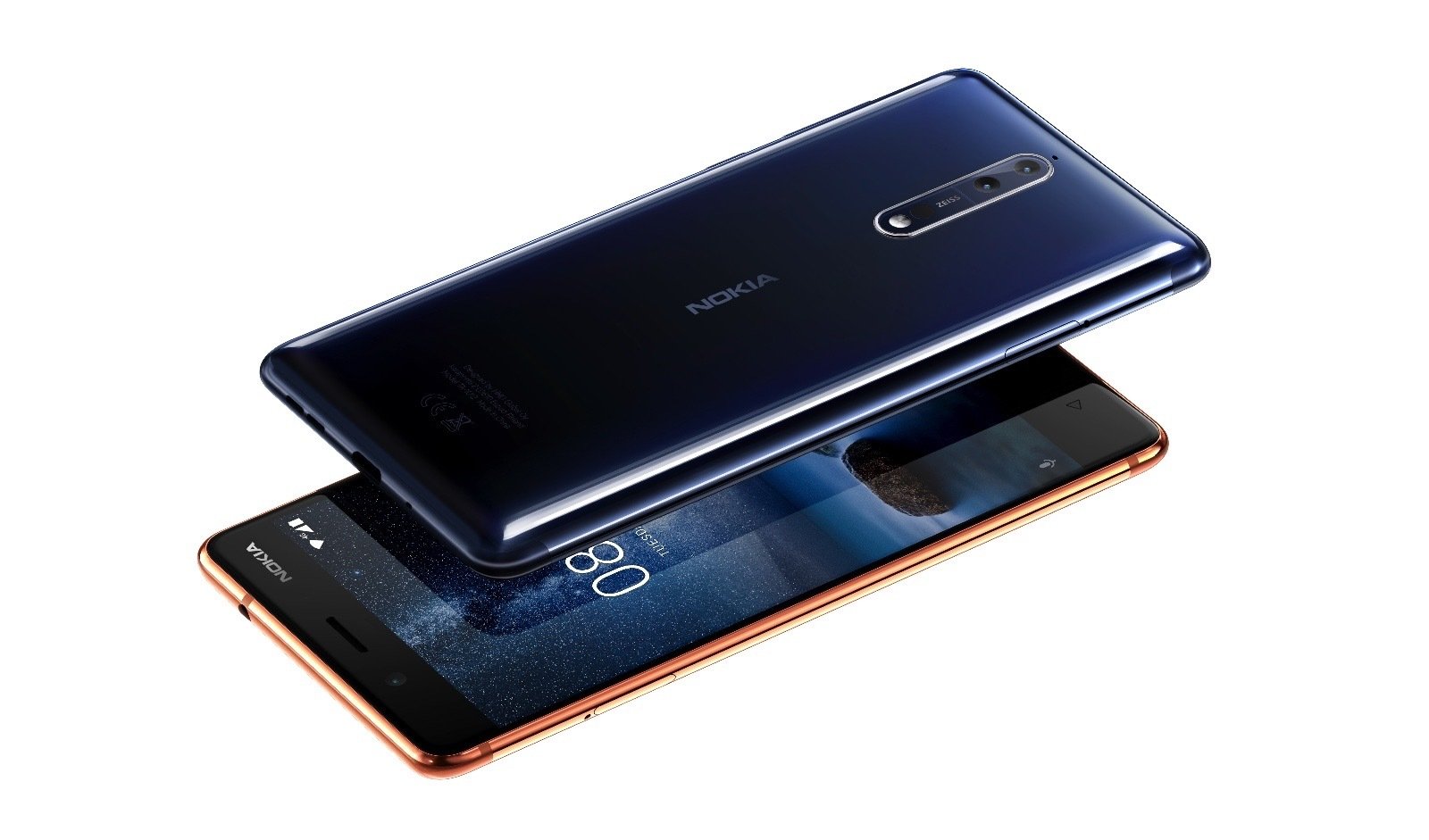 There’s a 13-megapixel dual-camera setup at the back, while the same with a wider camera angle on the front. The handset also debuts Nokia’s collaboration with ZEISS optics. The battery is a 3,090mAh affair, supporting Qualcomm’s Quick Charge 3.0 technology. There’s a biometric fingerprint sensor, as well.

The Nokia 8 also features OZO Audio. What this means for you is that the handset can capture audio with immersive 360-degree spatial surround sound. It actually combines three microphones with Nokia’s acoustic algorithms, and enables high fidelity playback even on non-OZO Audio devices, according to the company, thanks to binaural codecs. 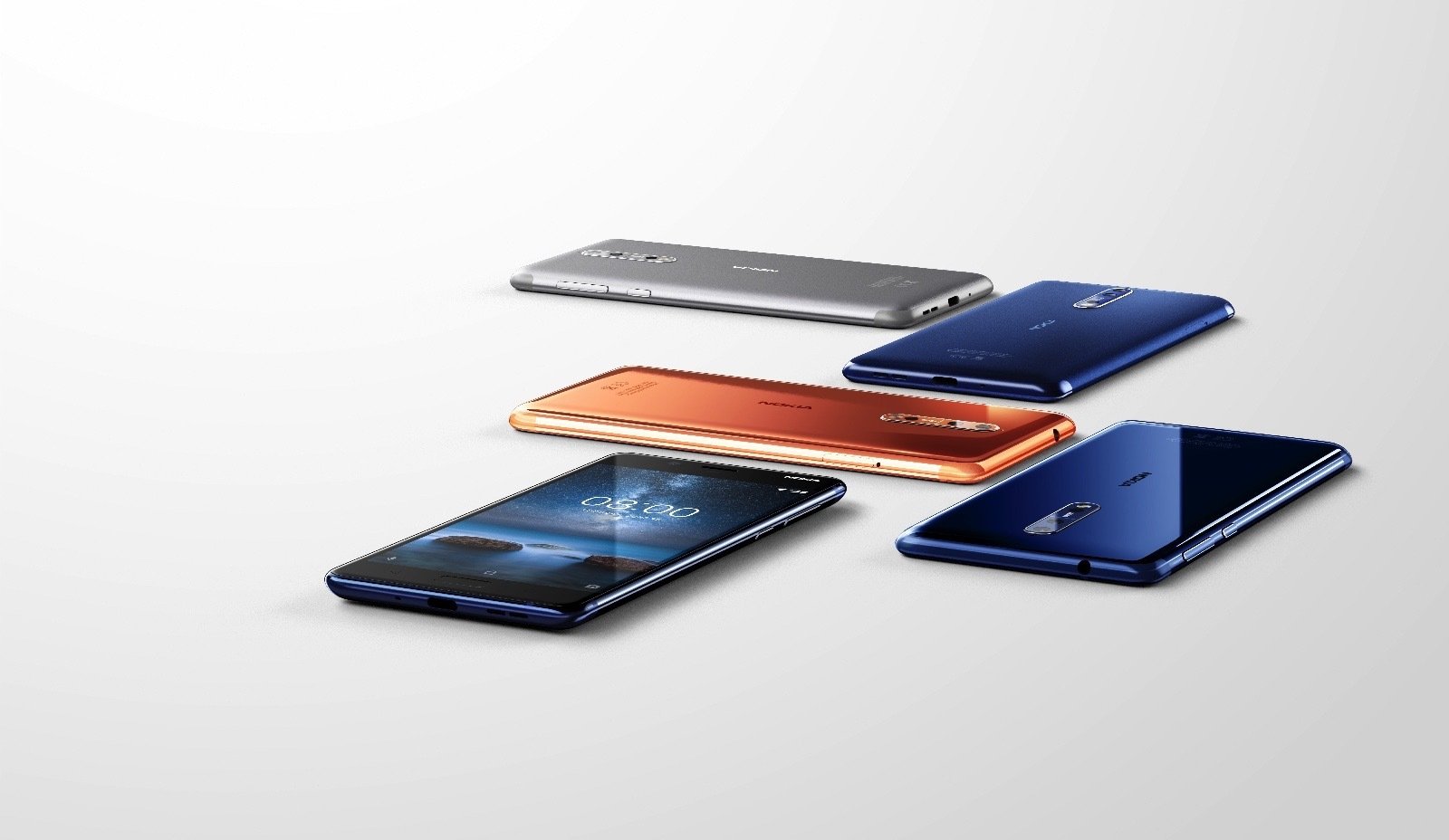 Besides the premium features and construction, the Nokia 8 has something even more on board. The handset has its unique take over selfie — no, not wefie! It’s called #Bothie (and you know what it sounds like!). Thanks to the new Dual-Sight feature, the Nokia 8 lets you make use of both front and rear cameras simultaneously. It stitches the front and rear camera views in a split screen visual for both photos and videos. Plus, you can live stream natively and in real-time through Dual-Sight. A big thanks to ZEISS optics!

Not unlike other Nokia Android phones, the Nokia 8 will, of course, come bloatware-free with pure Android Nougat 7.1.1. Available in Polished Blue, Polished Copper, Tempered Blue and Steel, the Nokia flagship will retail for approximately €599 when it launches next month in Europe.

YouTube TV Launches In 14 New Markets, Reaches Half Of US Homes