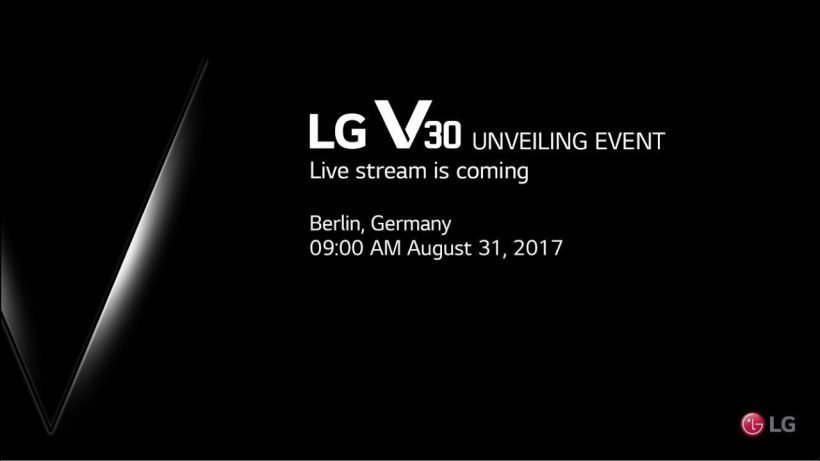 LG will announce the LG V30 today, its third flagship phone in the V-series. The unveiling will take place during the company’s IFA 2017 press conference on August 31 in Berlin.

As of now, we pretty much know a lot more about the LG V30 officially, as the company had been gradually announcing V30 features prior to the official unveiling. Therefore, there’s slightly less chances of getting any surprises today. Well, pricing could be a factor, though.

The live stream will begin at 12AM PT/3AM ET, and will be available to watch over at LG’s YouTube channel.