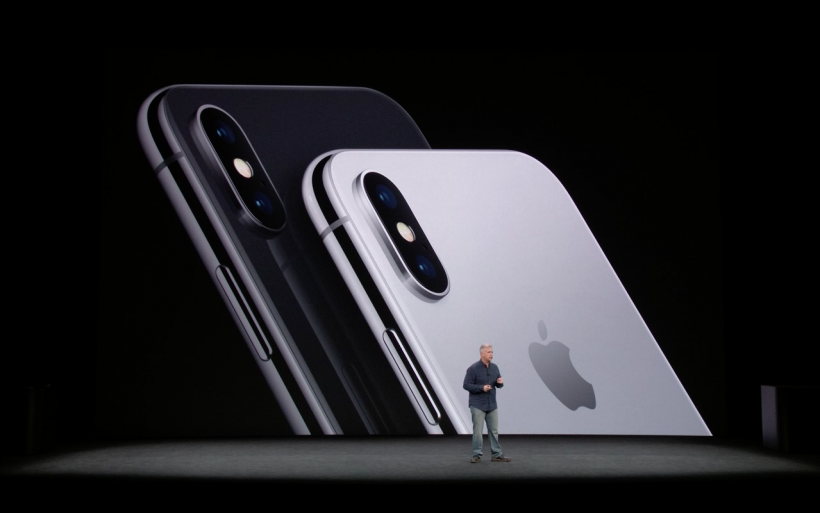 After unveiling the Apple Watch Series 3, Apple TV 4K, and the new iPhone 8 and iPhone 8 Plus, Apple CEO Tim Cook took the wraps off iPhone X with a ’One more thing…’ note. Yes, a third iPhone during Apple Special Event at Apple Park’s Steve Jobs Theater.

Apple’s iPhone X is the long-rumored iPhone the internet has been talking (and leaking) about for sometime now.

iPhone X (pronounced as iPhone 10) has a gorgeous 5.8-inch Super Retina Display (2,436 x 1125 at 458ppi) that’s bezel-less and extends edge-to-edge, with neither a Home button or TouchID. But wait, there’s a notch at the top that accommodates the front camera and other necessary components such as speaker, microphone, proximity sensor, and ambient light sensor. There’s even more…! 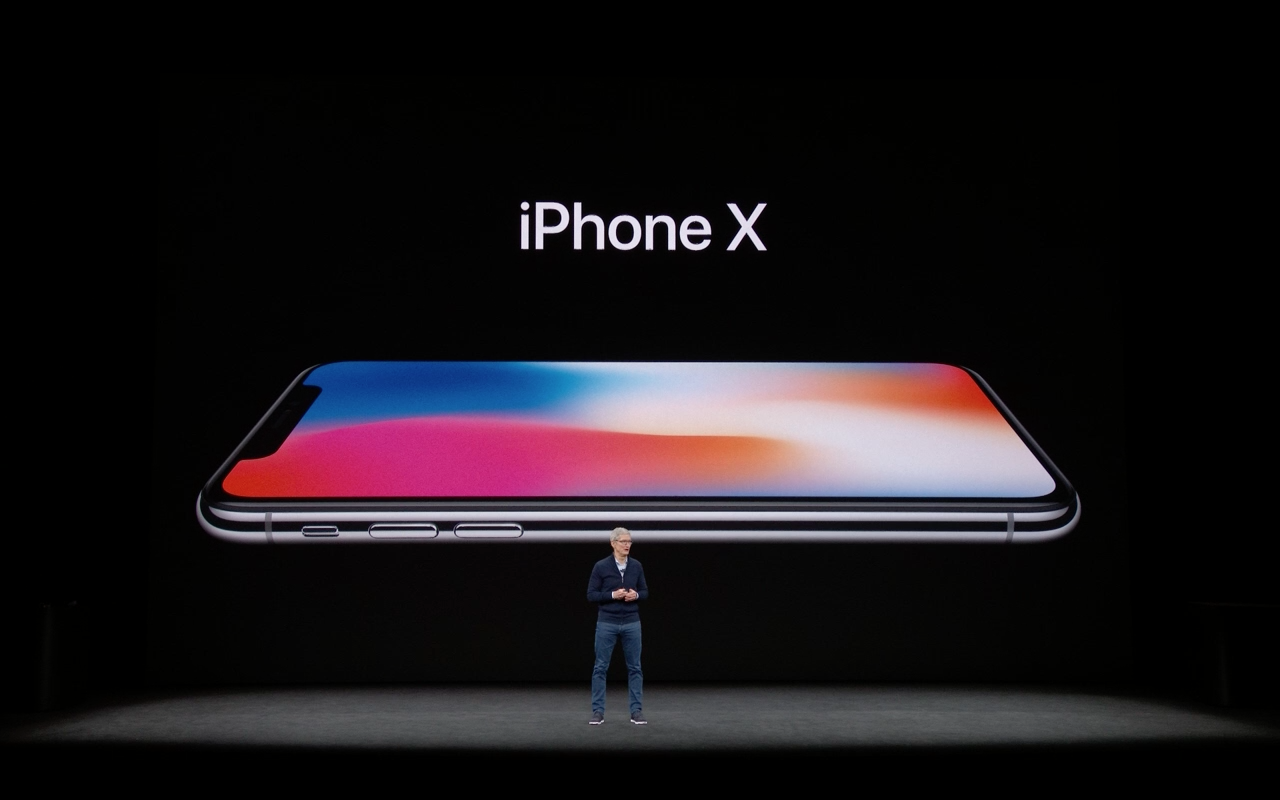 The Super Retina Display that iPhone X accommodates is the first OLED panel in an iPhone, with stunning colors, true blacks, a million-to-one contrast ratio and wide color support. Apple says it is the best system-wide color management in a smartphone. In addition to HDR10 and Dolby Vision support, the iPhone X comes with True Tone that dynamically adjusts the white balance of the display to match the surrounding light.

While a highly polished, surgical-grade stainless steel band wraps around and strengthens the iPhone X, the glass-backed design at the back is same as that of iPhone 8. As elegant as durable, says Apple. 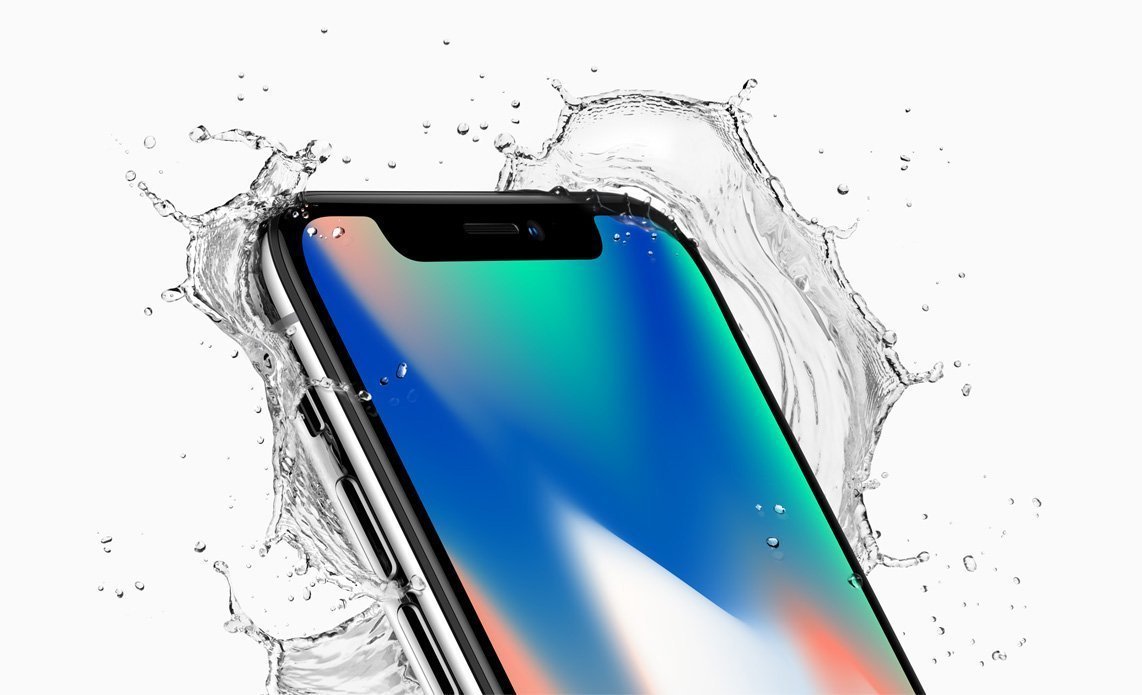 As mentioned earlier, there is no TouchID. So, how do you unlock the handset? Welcome, Face ID. Apple’s Face ID on iPhone X replaces Touch ID, as it uses a state-of-the-art TrueDepth camera system to make sure authentication on iPhone is more secure. The TrueDepth camera system is made up of a dot projector, infrared camera, and flood illuminator, and uses A11 Bionic to map and recognize a face for authentication. It can be used for unlocking the device, using Apple Pay, accessing secure apps, and many more. If you’re wondering about the position of TrueDepth camera, then it’s on the notch found above the screen. 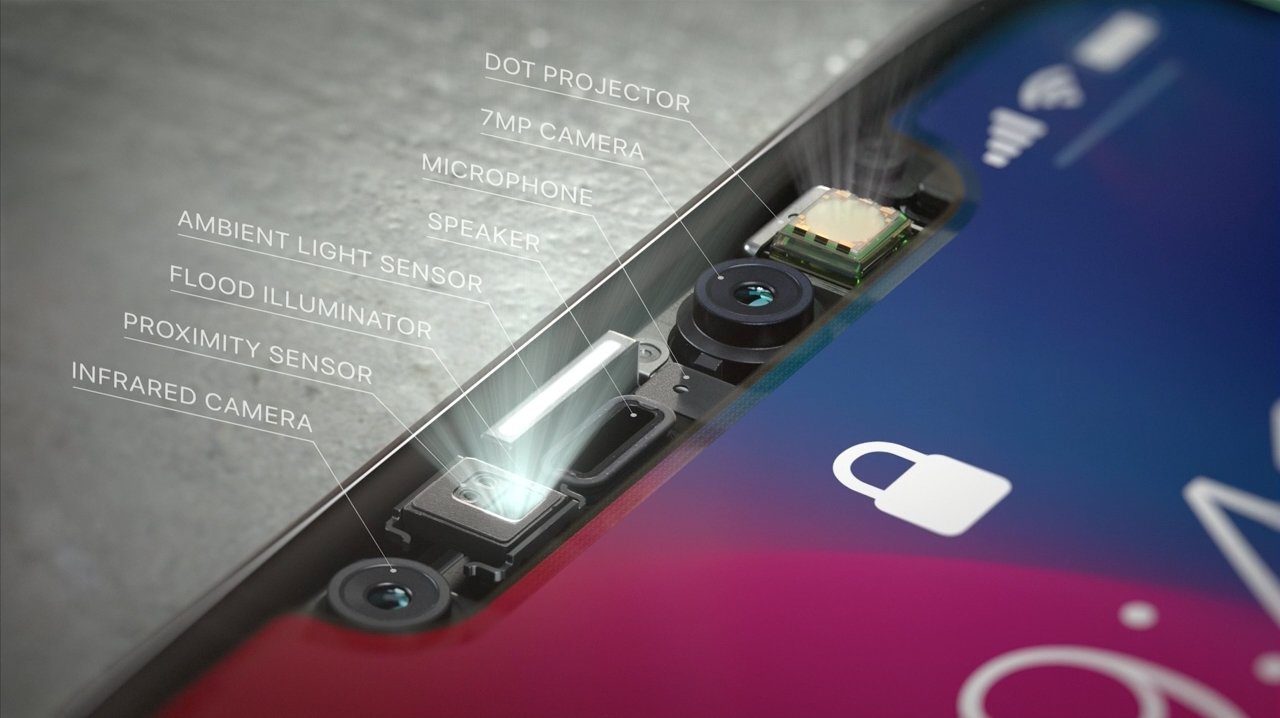 Face ID actually projects more than 30,000 invisible IR dots on your face to create a mathematical model of your face. The mathematical model is created when the IR image and dot pattern are processed through neural networks, and it’s sent to the secure enclave to confirm a match. All of the processing happen on-device and not in the cloud. Privacy concerns here! If you’re concerned about your ever-growing beard and/or mustache, then you’d be happy to know that Face ID adapts to physical changes in appearance, too. Apply says Face ID is designed to prevent spoofing by photos or masks, and only unlocks the device when one genuinely looks at it. One here means the individual who has registered with Face ID on iPhone X.

Camera. The 7-megapixel TrueDepth camera on the front brings Portrait Mode for stunning selfies, with auto image stabilization and precise exposure control. The rear facer has a vertical dual 12-megapixel camera system with dual optical image stabilization. The wide-angle camera lens has f/1.8 aperture, while the telephoto camera has an improved f/2.8 aperture. Not anything unlike iPhone 8 Plus here, the iPhone X shares the same Apple-designed image signal processor, video encoder, and Portrait Mode with Portrait Lighting. Plus, the calibrations for Augmented Reality (AR) into the camera are same as well. 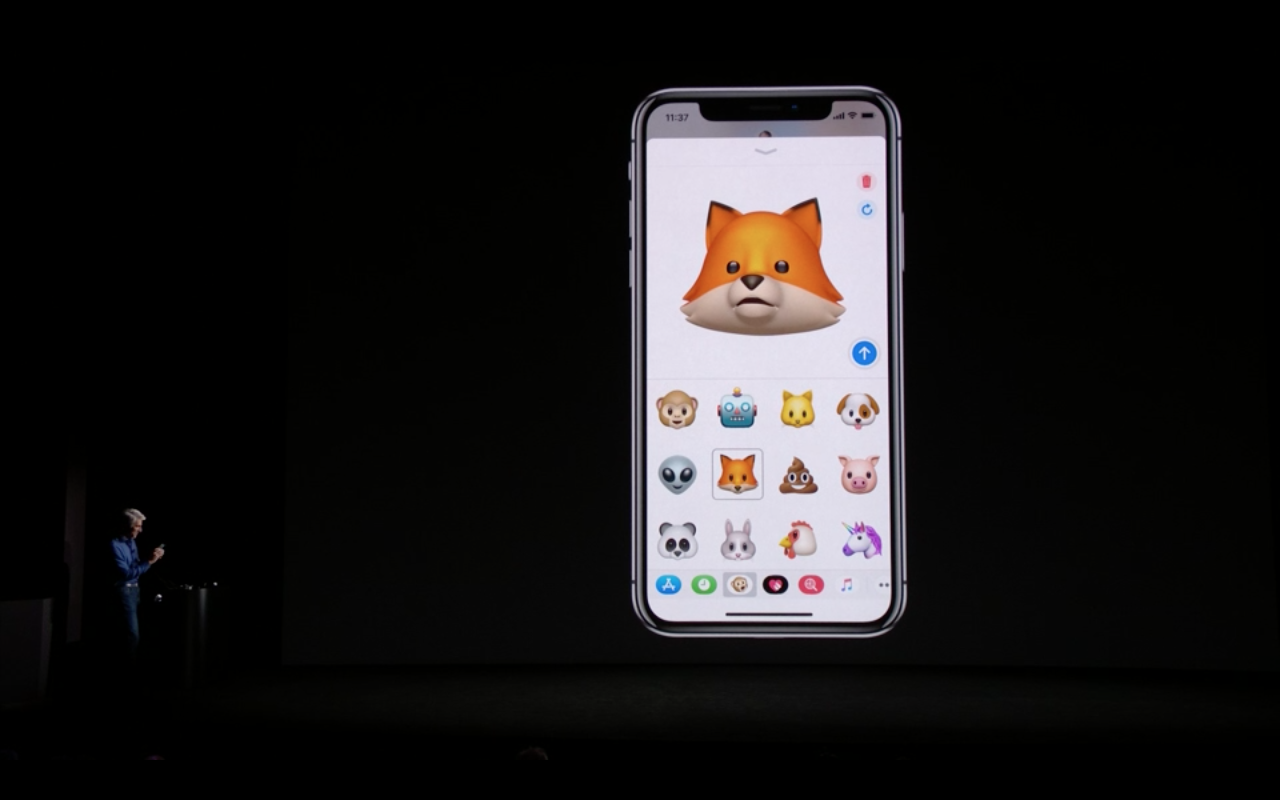 Ever heard of Animoji? Probably not because it’s an Apple gig. As you might guess, Animoji is a fancy name for ‘animated emoji.’ The TrueDepth camera on iPhone X can analyze over 50 different facial muscle movements, and then animate those expressions in an Animoji, including panda, unicorn and robot. You can use these Animojis to express yourself in a real fun way, as these Animojis can actually add not just your facial expression but also your voice. 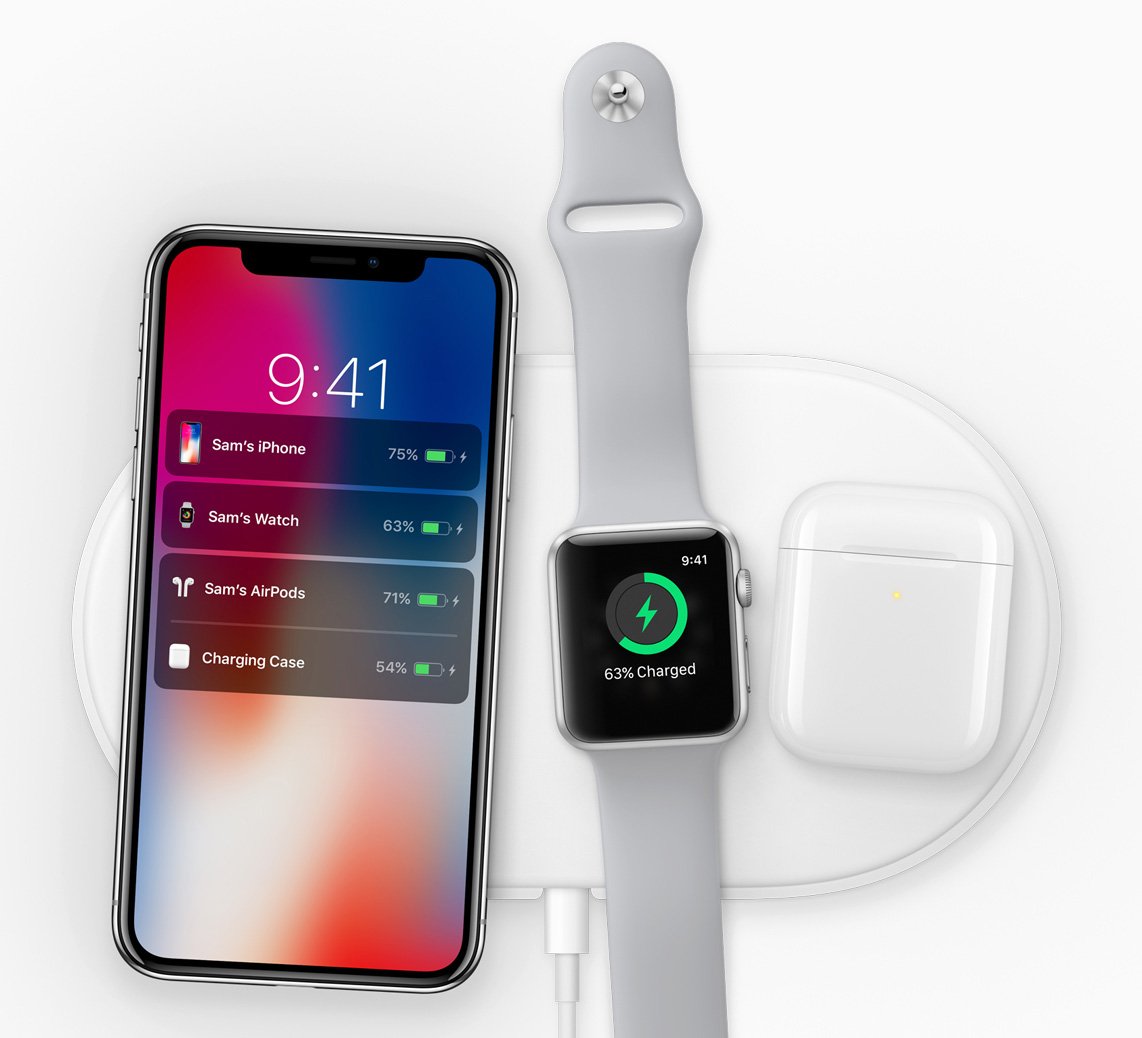 Starting at $999, the iPhone X will be available in 64GB and 256GB configurations, with Silver and Space Gray color choices. Pre-orders begin October 27, and shipping starts November 3.

Apple announces the glass-backed iPhone 8 and iPhone 8 Plus