Xiaomi has begun building the hype for its upcoming Mi phone, which is to debut next week, a day prior Apple’s Special Event.

The Chinese phone maker recently announced its first Android One smartphone, in partnership with Google, but looks like Xiaomi is on fire this month. The company teased its upcoming near bezel-less smartphone on Twitter today. And it’s none other than the next-generation Mi Mix — we just can’t tell if it’ll be named Mi Mix 2 or something even better.

#2017MiProductLaunch – What do you think we're going to launch? Save the date and follow us at https://t.co/AkxTVabM7G for updates! pic.twitter.com/bkSX7eWqM3

The teaser image for next-generation Mi Mix or more likely Mi Mix 2 highlights the bezel-less design on the upper part of the handset, while the lower half isn’t fully shown. We expect the design accent to be similar to the original Mi Mix (with further refinements, of course).

The 2017 Mi Product Launch will take place on Monday, September 11th in China. It will begin at 2PM CST, and will be available to watch online. 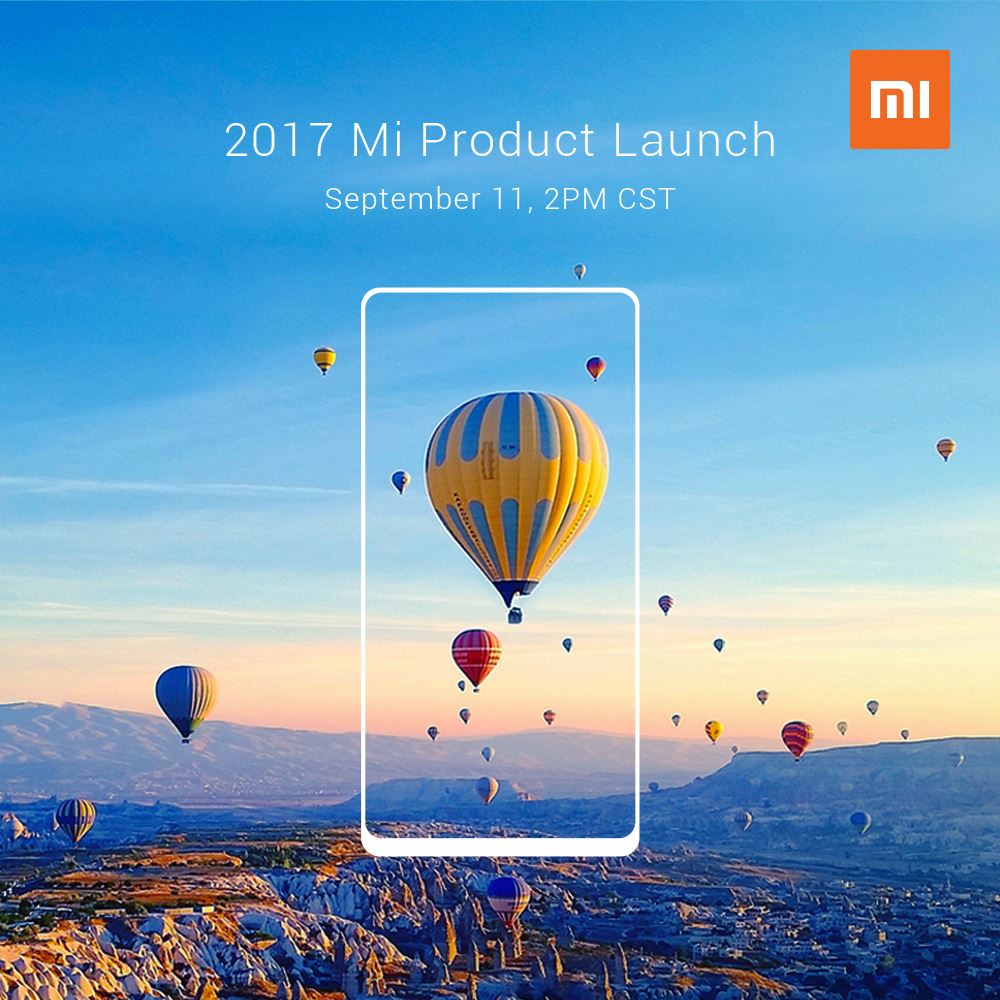 Update: Xiaomi today shared a new photo of its upcoming Mi Mix 2. This time around, the image (posted above) gives an exact idea of the phone’s bezel — it’s even more bezel-less than its predecessor.