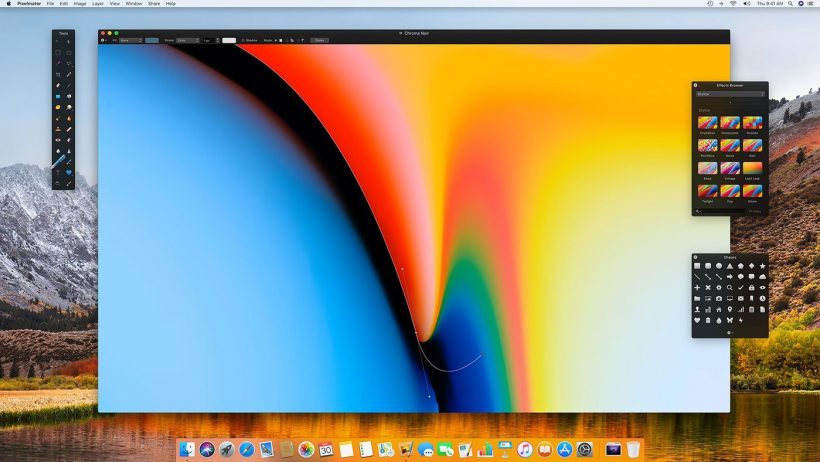 Pixelmator for Mac has been recently updated to fully support macOS High Sierra. The update to version 3.7, codenamed Mount Whitney, brings a lot of changes to the table, including the ability to launch Pixelmator from the Photos app, support for the new iPhone-shot HEIF images, and Continuity features like Handoff and iCloud.

“People love using Pixelmator on the Mac, and one of the biggest reasons is its extensive integration with macOS,” said Saulius Dailide, one of the founders of the Pixelmator Team. “And with Pixelmator 3.7 Mount Whitney, we think users are really going to love the much more seamless experience of launching Pixelmator right from the Photos app and automatically saving changes back to the same image in the Photos library.”

Pixelmator now makes it possible to drag and drop images from Safari and Photos directly into Pixelmator documents, along with improved support for Photoshop images. In addition, you can now launch the photo-editing app right from Photos and save your edits back to the original image in the iCloud Photos library seamlessly. Simply right click on a photo and select ‘Edit with Pixelmator.’

Pixelmator for Mac is available on the Mac App Store for just $30.