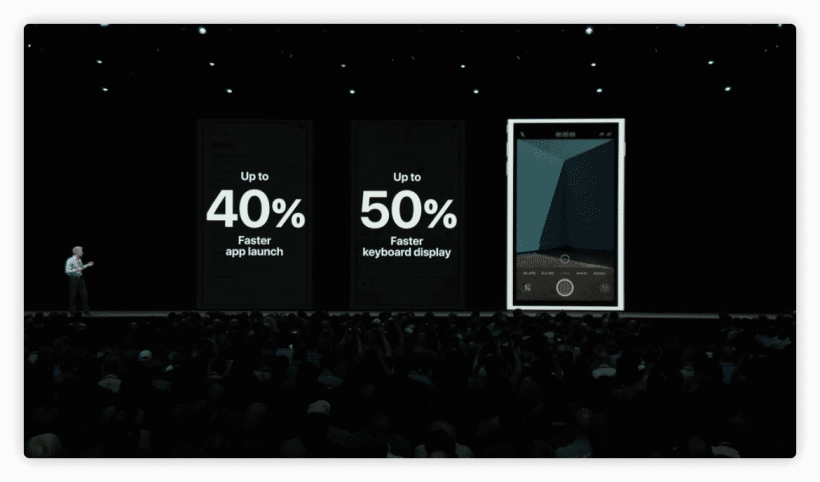 Apple has announced iOS 12 for iPhone and iPad. The mobile software supports all the iOS 11 devices — from iPhone 5s to iPhone X — which is the first time an iOS release has seen such a wider rollout.

Apple says iOS 12 “doubles down on performance,” with 40 percent faster app launches. Among many new additions, the iOS 12 can now ramp up CPU performance instantly when required. Plus, the keyboard now appears 50 percent faster.

This year’s update is centered around the stability and performance of the mobile operating system.