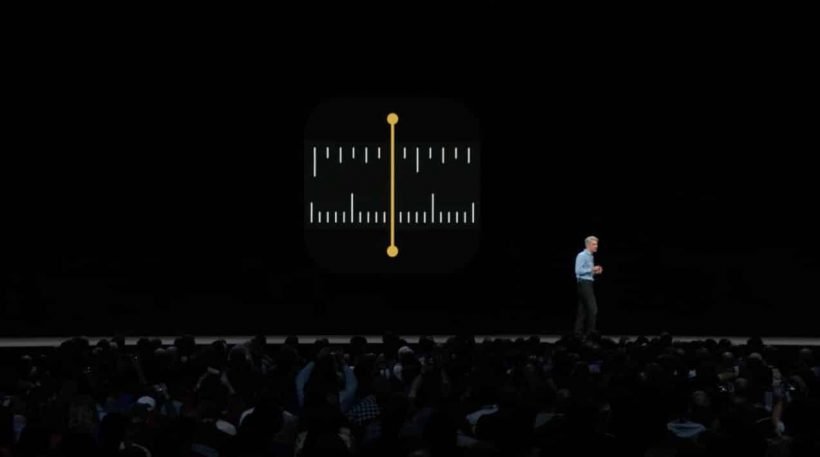 Apple SVP of Software Engineering Craig Federighi demonstrated the Measure app in action during the event by measuring a suitcase. It’s not the first AR app in the App Store that can measure things, but it definitely is a first-party offering from Apple.

Measure is a new app in iOS 12, which uses AR to quickly gauge the size of real-world objects similar to a tape measure. The new app automatically provides the dimensions of objects like picture frames, posters and signs, and can also show diagonal measurements, compute area and allow users to take a photo and share it with accurate dimensions right from their iPhone or iPad.

Apple didn’t mention the availability of Measure specifically, however, we are expecting to see the app launch alongside iOS 12.